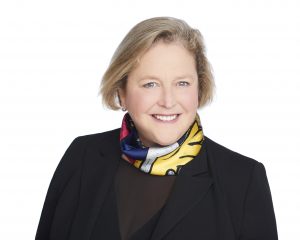 Athens, Georgia-based FormFree® announced that housing finance expert Faith Schwartz has been elected to its board of directors.

In 2007, Schwartz was recruited to lead HOPE NOW, an alliance formed by the U.S. Secretary of the Treasury in response to the housing market crisis. As HOPE NOW’s executive director, a position she refers to as a “career highlight,” Schwartz assembled a coalition of government agencies, lending institutions, nonprofits and housing trades. Schwartz has also held executive-level roles at CoreLogic and Freddie Mac.

Schwartz is a recipient of the Five Star’s Lifetime Achievement Award and actively serves on the boards of Hope LoanPort, the National Fair Housing Alliance, Riskspan, and Saint Anselm’s Abbey School. She holds a master’s degree in business administration from the University of Pittsburgh and a bachelor’s degree in accounting from Shippensburg State College.

“FormFree’s data-driven solutions have found a unique toehold in the mortgage industry and have the potential to transform the broader financial services landscape,” said Schwartz. “Automated verification of borrower assets, employment and income makes lending simple and secure for everyone involved. I look forward to being part of a growing company that is shaping the future of lending.”