Low mortgage rates present opportunities for homeowners to refinance their homes, but recent data and analysis shows that they are not taking advantage of billions of dollars in savings. Black Knight Financial Services' Data and Analytics division reported that as of November 2015, approximately 5 point 2 million borrowers could likely both qualify for and benefit from refinancing at today’s interest rates.

NerdWallet found that the 1 percent rule in the housing market is changing. Previously, homeowners typically refinanced if they could get a new rate at least 1 to 2 percent, or 100 to 200 basis points, lower than their original interest rate. However, many borrowers could still see a lot of savings on their mortgage payment by refinancing at an interest rate difference of 75 basis points, or less than 1 percent. Homeowners tend to run into the following roadblocks when considering refinancing: Lower credit scores and income, hassle and upfront expense, not enough equity, inconsistent job history, and lack of assets.

The latest RMBS settlement occurred in Virginia when the Commonwealth’s attorney general announced that 11 financial institutions have agreed to collectively pay more than 63 million dollars to resolve claims that the banks misrepresented the quality of certain RMBS they sold to the Virginia Retirement System. The case is a landmark one for the Commonwealth of Virginia—it is the largest non-healthcare-related recovery ever obtained in a suit alleging violations of the Virginia Fraud Against Taxpayers Act. 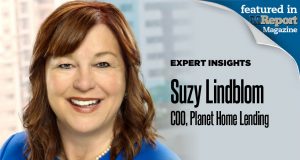 The latest installment of DS5: Inside the Industry features an exclusive interview with Aaron Samples, ...