Home >> Headlines >> Demand for Homes Is High and Bidding is Fierce

Demand for Homes Is High and Bidding is Fierce 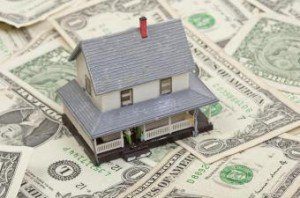 Redfin is a full-service real estate brokerage firm and its Demand Index is based on thousands of Redfin customers requesting home tours and writing offers. A level of 100 represents the historical average for the three-year period from January 2013 to December 2015.

“Soaring stock markets, still low mortgage rates and a steady economy bolstered homebuyers at the start of 2017,” said Redfin chief economist Nela Richardson. “Homebuyers were not just window shopping, they were serious about making offers and getting to the closing table.”

However, she said that this increase in homebuyer enthusiasm won’t guarantee strong sales in the coming months. “With pending home sales down across the country in January despite strong demand, the lack of supply is a formidable foe for buyers this year.”

Homebuyer demand in January was far above the recent historical average. Compared to January 2016, it was up 22.9 percent, led by a 25.9 percent year-over-year increase in homebuyers requesting tours and an 18.0 percent increase in buyers making offers.

The start of 2017 has brought a notably limited selection for homebuyers, who saw 13.4 percent fewer homes on the market in January than the previous year, with 4.0 percent fewer new listings.

A sampling of various metropolitan areas reveals that the Baltimore-area Demand Index level was at 157 in January, up 63.8 percent compared to this time last year.

“Most of the offers my home buying customers have made of late have been part of a multiple offer situation, and the homes I’ve listed have found buyers as quickly as two days, and most within two weeks,” said Redfin real estate agent Chris Calabretta.

“Many builders are taking properties that need updating and renovating them to a high-end level while keeping the original charm, and then selling them for between $250,000 and $500,000, depending on the neighborhood,” she said.

The Boston-area Demand Index was at 174 in January, up 34.7 percent compared to the same time last year.

“The market has been unusually busy,” said Redfin real estate agent Sandy Rosen. “The weather has been mild and some buyers are worried about rates going up, so they’d prefer to buy now rather than later. We’re also seeing buyers who expect that because it’s still winter, prices are lower and there’s less competition if they can just find a home soon.”

Unfortunately, that’s not actually what is happening. “It’s busy enough that prices aren’t especially lower,” Rosen said. “Instead, sellers are putting their homes on the market at intentionally low prices, drawing 10 or 15 offers, and then choosing from among the highest bidders.” She added that a home that looks like an incredible deal when it first hits the market almost always sells at a price far above the listing price.