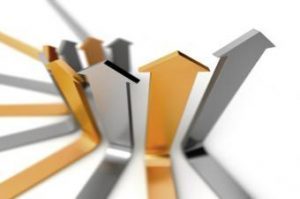 Mortgage rates might not be climbing as steadily as many predicted. In fact, according to the Primary Mortgage Market Survey (PMMS) released by Freddie Mac this morning, rates on both 30-year and 15-year mortgages are down from one week ago and, for the third straight week, average rates across the country have remained within two basis points.

For the week ending Feb. 9, the 30-year fixed-rate mortgage averaged 4.17 percent—down from the previous week’s average of 4.19 percent, but up significantly from the same time last year, when rates averaged 3.65 percent.

"Rates are at about the same level at which they started the year and have stayed within a two basis point range over the past three weeks,” said Sean Becketti, Freddie Mac’s Chief Economist. “Mixed economic releases—such as Friday's jobs report and uncertainty about the Administration's fiscal policies—have contributed to the holding pattern in rates.”

Rates on 15-year mortgages were also down from the previous week, averaging 3.39 percent, versus last week’s rates of 3.41 percent. The average 15-year mortgage rate this time last year was 2.95 percent.

The average rate on five-year Treasury-indexed hybrid adjustable-rate mortgages was down this week, too, dropping from 3.23 percent to 3.21 percent. In 2016, the five-year ARM rate was about 2.83 percent.

Freddie Mac has provided mortgage market data via the PMMS since 1971. Released every Thursday, the report uses survey data collected weekly on FRM and ARM loans. To see data from this week’s PMMS or others from this year, visit FreddieMac.com.

Previous: Home Prices Hit Peak Across the Nation
Next: A Cloud of Uncertainty Weighs Over Housing