Home >> Commentary >> On the Horizon: What Tech and Trump Could Mean for the Industry

On the Horizon: What Tech and Trump Could Mean for the Industry 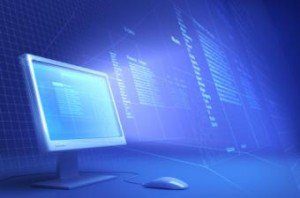 Bill Dallas is the CEO and Founder of Skyline Home Loans, NewLeaf Lending, and Cloudvirga. He has more than three decades of experience in the mortgage, banking, and financial sectors, and is now helping to automate some of the lending industry’s paper-filled and labor-intensive process through Cloudvirga, an intelligent mortgage platform launched in 2015. Previously, he served as Chairman at Dallas Capital Management, Founder and Chairman at MindBox, Chairman and Founder at First Franklin, and Founder of Heritage Bank of Commerce.

Dallas sat down with MReport to discuss what’s on the horizon for the mortgage industry, particularly as technology and regulatory uncertainty rules the roost.

What do you predict for the mortgage industry this year? What will be the biggest trends and hurdles facing mortgage professionals in the coming months?

First, there is the issue of regulatory uncertainty and increased non-bank market share. I think what you see is regulatory uncertainty, and that has led to a change in the fundamental nature of how loans get originated. You're seeing a movement. Banks and credit unions and call centers generally do refinances. We've been in a market where interest rates are low and subsidized, and refinances were 80 percent to 85 percent of transaction volume. Banks had an 80-percent to 85-percent market share.

Second, I think you are also going to continue to get improvements in housing fundamentals. Valuations on home prices have stabilized, and overall are going up. That has enabled—in most markets and MSAs—an equilibrium where if you are pre-2008 or circa 2008, you now are getting close to that value in almost every market, which is good. You've had continued valuation increases since probably the first part of 2013. And new housing starts are growing nicely, though it's still way below what we need to handle supply.

There are also jobs, interest rates, and home price appreciation to consider. Values are stable, jobs are okay—maybe even improving—and interest rates are extraordinarily low, maybe historically low. Could they go up? Yeah, but who cares? They're low. They're not 20 percent or 15 percent. So you’re really seeing improved housing fundamentals across the board.

Third, I think you're seeing some increased non-QM activity. When we went into 2008, about pre-2008, you had about a 50-50 split between loans going to the agencies, Fannie, Freddie, Ginnie, government, etc., and 50 percent private securitization. That basically went to 98-percent government and a little bit of portfolio and no deals.

Are millennials a big consideration when creating this type technology—making the consumer experience better?

We follow those trends, but we don't build the technology around what millennials are doing. We think that mobile, cloud, digital technology in general, social media—a lot of that has basically created a need to be more mobile and to be able to be more electronic on the whole. The mortgage business is heinously paper-driven and people-driven.

Much of the mortgage process is still paper-based. Do you think mortgage professionals are late adopters? What’s keeping them from moving to a fully digital system of eMortgages?

I can think of two reasons, one being that there aren't any in this space. Ellie Mae has about a $2.5 billion market cap and probably a 40-percent share of the LOS market, and their technology is 50 years old. You don't have anything, nobody's tried to automate it.

Second, and probably most importantly, you're dealing with the federal government. When you do a Fintech loan through SoFi, and you want to try to do a one-, two-, or three-year non-owner flip, or you want just a personal loan, that can happen really fast, but when you want a 30-year loan to buy a house, you've got to today go through the government. That means it's in triplicate and you've got to emulate their process, or you can't sell the loan. Ninety-two percent of all loans go there.

Do you believe that the market’s poised for a big change in the coming years?

I think we're at what I’d call a crossroads or an intersection. We could be on the brink, and then I think we're at the Rubicon. I think we're at a point where, once you cross it, the mission's changed and you’re at the point of no return. We’re at a breaking point in markets. I think it's captured in a fairly big change from moving from agriculture, manufacturing, to tech and data. The mortgage industry is a late adopter. The average age in it is probably over 50. That has to change. It'll be slow to change, and that's really what Cloudvirga's trying to do. We're just trying to give them a platform that takes all the benefits of things that you can do today: cloud, digital, and mobile.

The housing industry has seemed to turn a corner following the early effects of COVID-19. What do projections for the remainder of 2020 look like?