The Regional Shifts in Homeownership 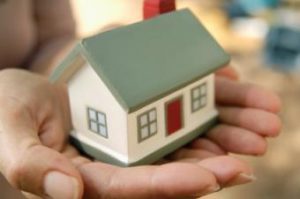 In a new report, the U.S. Census Bureau has announced its findings on residential vacancies and homeownership for the fourth quarter of 2018. In one comparison, it shows the percentage of vacant homes in each region, if you are wondering how your area stacks up here are a few insights.

In the South, the homeowner vacancy rate was higher than the Midwest, at 1.7 percent compared to 1.3 percent respectively. While the West had a rate of 1.2 percent, it was not measurably different from the Northeast which was 1.5 percent. This is because of the numbers evening out due to the rate in the Northeast being higher than the West, while rates in the Midwest and West were not statistically different from each other.

In comparison to the end of  2017, the homeowner vacancy rate in the Northeast was lower, while rates in the Midwest, South, and West were statistically the same. National vacancy rates dropped slightly from 1.6 percent to 1.5 percent, while the homeownership rate of 64.8 percent was essentially unchanged. Because research has shown it to be relevant, the report also factors in seasonally adjusted homeownership, but when adjusted for seasonal variation, the fourth quarter 2018 was not statistically different from the rate in the fourth quarter of 2017 or the rate in the third quarter 2018.

“Middle-aged households saw the biggest gain in homeownership from a year ago, with the share increasing from 58.9 percent to 61.1 percent for those aged 35 to 44,” said Danielle Hale, Chief Economist at Realtor.com. “Smaller increases were measured among all other age groups except the over 65 age group. An increasing homeownership rate despite rising home prices and interest rates reflects strong demand from households for ownership and persistence despite affordability challenges.”