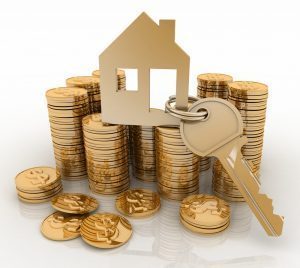 One in five prospective homebuyers searched mostly for homes outside their current metro area in the first quarter of 2017, according to the Redfin Migration Report [1]. Unsurprisingly, the highest numbers of prospective buyers looking elsewhere were searching from the country’s most expensive metros in coastal California and New York City.

One difference between migrating buyers on the coasts is that buyers looking to move out of the Bay Area predominantly wanted to stay in California, whereas emigrants from New York favored moving to Philadelphia. Nevertheless, at the state level, California had the largest net outflow of residents.

Redfin found that 19 percent of San Francisco residents searching its listings (about 15,000 people) looked elsewhere, and that 22 percent preferred nearby Sacramento. Another 14 percent preferred heading north to Seattle. Many also have headed south to Austin.

In terms of sheer percentage, no metro saw a higher number than Dayton, Ohio. While the net loss was only 97 residents in the quarter, 52 percent looked elsewhere. Half of those favored Cincinnati, with 5 percent moving to Chicago.

Coastal cities across the country gave up more residents to the south than any other region, the report found. At the same time, buyers looking out of state more often chose Florida. Buyers in Washington, D.C., and St. Louis favored Miami, but not as much as New Yorkers who were specifically looking to head south. Nearly a quarter chose Miami.

The one thing the coastal cities with largely outflow have in common is that they’re expensive, despite opportunities.

“Fast-growing coastal cities may be generating the high-paying jobs, but they haven’t created enough budget-friendly housing to keep pace,” said Nela Richardson, Redfin’s chief economist. “The price of real estate and desire for homeownership is compelling many to uproot and seek housing in more affordable communities.”

Richardson noted that even a Bay Area family with two solid incomes can struggle to afford a modest home.

“For many, the only path to homeownership is to pack up and move out,” she said.