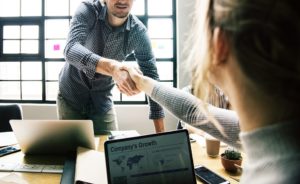 St. Louis-based independent mortgage lender, Cornerstone Mortgage has been named a 2018 top workplace in Missouri by the St. Louis Post-Dispatch. The division of Guild Mortgage was ranked eleventh in the midsize company category and featured among the top workplaces for the seventh consecutive year on this list. Cornerstone said that it also earned the Ethics Award for receiving the highest score based on responses to the survey question, "This company operates by strong values and ethics."

Based on survey responses from more than 44,000 people, the St. Louis Post-Dispatch recognized 150 employers as Top Workplaces for 2018. The winners range from small businesses to some of the region's biggest corporations and share several key characteristics, including effective leadership, strong values, clear direction and motivated workers.

“Teamwork and employee satisfaction are extremely important to our culture of customer service, so we are proud to once again be recognized as a Top Workplace,” said Angi Stevenson, President, and CEO of Cornerstone. “The passion and dedication of our employees have helped us continue to grow as we provide an ever-expanding array of mortgage options to more homebuyers in the Midwest. Their continued satisfaction with leadership and trust in the future of the company as part of Guild provide a solid foundation for continued growth throughout the region.”

Guild Mortgage, one of the largest independent mortgage lenders in the U.S., acquired Cornerstone earlier this year. “Of the many things that attracted us to Cornerstone, its culture of collaboration and commitment to empowering its people were at the top of the list,” said Mary Ann McGarry, President, and CEO of Guild Mortgage. “The results of this survey validate our new combined direction and belief that Cornerstone and Guild would be stronger together. We congratulate Angi and her team for continuing to be recognized as one of the finest companies in the St. Louis region.”

Cornerstone Mortgage has 18 branches and close to 200 employees in Missouri, Illinois, and Kansas. The company employees 162 people in St. Louis, where it has ranked No. 2 in mortgage volume in the previous three years, according to media surveys. It had a loan volume of $1 billion in 2017 and has been the fastest growing mortgage banker in Missouri for six straight years.

Previous: Gauging the Profitability of Selling a Home
Next: Lenders and Servicers Weigh in On Vendor Management