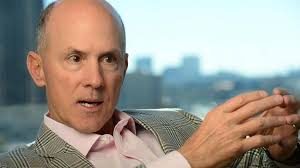 The Board of Directors for Equifax, Inc. announced the retirement of Chairman of the Board and CEO Richard Smith Tuesday morning, effective immediately.

Smith’s retirement follows the September 7 announcement of a data breach that affected an estimated 143 million consumer records as well as the stepping down of Chief Information Officer David Webb and Chief Security Officer Susan Mauldin September 15.

“The cybersecurity incident has affected millions of consumers, and I have been completely dedicated to making this right,” said Smith. “At this critical juncture, I believe it is in the best interests of the company to have new leadership to move the company forward.”

Equifax’s Board of Directors appointed current board member Mark Feidler to serve as Non-Executive Chairman. Seven-year veteran Paulino do Rego Barros, Jr., who recently served as President of the company’s Asia-Pacific business, has been appointed as interim CEO as the Board searches for a permanent individual both within and outside of the company.

“We are working intensely to support consumers and make the necessary changes to minimize the risk that something like this happens again,” Feidler said. “Speaking for everyone on the Board, I sincerely apologize.”

Feidler continued that Equifax is a substantially stronger company than it was 12 years ago when Smith began with the company, but “the Board and [Smith] agree that a change of leadership is in order."

However, Congresswoman Maxine Waters (D-CA) believes the change in leadership comes in poor timing. With only days left until Smith is scheduled to testify at congressional hearings about the breach, Waters warns that his retirement does not relieve the company of its duty to provide answers to, and adequate address for, the many Americans who were affected.

“The public deserves answers about what occurred at Equifax, and its entire board of directors and senior management team should be accountable for the enormous harm caused to consumers across the country,” Waters said. “There will be consequences. This process is only beginning.”