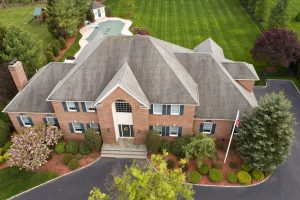 Having analyzed data pulled from their property value database, LendingTree [1] has created a list that ranks the 45 largest U.S. cities by the overall size of single-family homes. With its lower density population overall, the South dominates the list—with only wealthier cities like Las Vegas, Washington, D.C., and Boston acting as outliers to edge their way into the top 10. With three of the top five cities, Texas lives up to its outsized reputation; Houston ranks first, with the average home being 1,952 square feet, while Dallas takes fourth to beat Austin by a single square foot (1,862 and 1,861 square feet respectively).

Conversely, the cities with the smallest homes tend to be found in major cities of the Midwest, particularly in the Great Lakes region. Milwaukee, Minneapolis, and Detroit round out the list’s bottom, with Detroit having the smallest homes on average (1,333 square feet). As a state, Missouri has the most urban areas on the lower end of the list as well, with St. Louis and Kansas City just barely beating the three cities mentioned above.

To make the ranking of cities more intriguing, LendingTree has also calculated the average median price of homes per square foot, appending this information to the list [2] and giving homebuyers a quick means for calculating the cities with the best price on average per size.