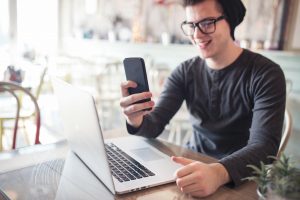 The buying habits of millennials—increasingly viewed as crucial in current market conditions—are often described as elusive or hard to pinpoint in today’s “gig economy.” Ellie Mae’s Origination Insight Report provides clarity for those looking to analyze trends in the buying behavior of millennials. This online tool, called Millennial Tracker, shows that 69 percent of all loans in August 2018 taken out by this demographic (defined as those born between the years 1980 and 1999) were conventional loans. That percentage is up 5 points year-over-year, and so far measures higher than it has since 2015. FHA loans for millennials have meanwhile fallen 5 percent, whereas VA loans for millennials haven’t budged from 2 percent overall; 3 percent of all home loans for this age group remain unspecified.

Digging deeper into the numbers, it would appear that of these conventional home loans taken out by millennial borrowers, 89 percent in August were for new home purchases—also up 5 percent year-over-year—whereas another 9 percent were taken to refinance (with 1 percent remaining unspecified). This percent for refinancing among millennials is up slightly, just a single percent, and meanwhile days-to-close continues to decrease, with the time interval in August dropping on average to 41: a total single day faster than in July and a total three days faster than in August of last year.

Aside from these salient facts, the majority of millennial borrowers are male—nearly outpacing women two-to-one (61 percent to 32 percent; the remainder does not specify gender). FICO scores for millennial borrowers have slowly declined as well, down a single point in the last month (from 723 to 722) and have dropped a total two points since July last year. The average age of all millennials taking out home loans stands at 29.8 percent, up less than half a percent from a year ago. Access the online tool here after registering with Ellie Mae’s website.

Previous: Where You Can Find The Biggest Homes
Next: Glen Messina Takes Over as Ocwen CEO