2020 Originations on Track for $4 Trillion Mark 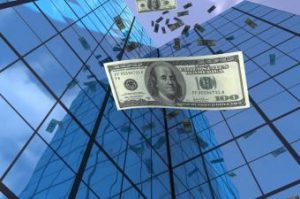 Third-quarter mortgage origination activity is on track to break quarterly records for purchase, refinance, and total lending volumes while pushing 2020 originations to the $4 trillion threshold, according to a data analysis released by Black Knight Inc.

In this analysis based on rate lock activity, estimated origination volumes based on underlying locks are pointing to third-quarter refinance and total originations rising by 25% or higher from the second quarter while purchase lending could be up by 35% or more over the same period. If this estimation is confirmed, Black Knight reported that 2020 purchase lending could reach its highest level since 2005 while refinance lending and total origination volumes will reach their respective highest levels ever recorded.

Black Knight added that under this scenario, total lending is on pace to pass the $4 trillion threshold for the very first time.

“September lock activity held relatively level with August, but through October 19, lock activity overall is up 4% from the month prior – with purchase locks up 6% and refinance locks up 3% thus far,” said Black Knight Data & Analytics President Ben Graboske. “Interest rates setting new record lows in mid- and late October will likely continue to fuel lock activity in the coming weeks. Assuming a 45-day lock-to-close period, not only could Q3 2020 set quarterly records for refinance, purchase, and total origination volumes alike, but that volume could remain at or near peak levels through November 2020, if not longer.”

In comparison, the median home price’s annual growth rate in August was 11.5% – and it represents a considerable leap from May when the pandemic slowed the annual home price growth rate had slowed to 0%.

Previous: 5 Top Stories on the Election and Housing
Next: How Much Will Homes Be Worth in 2030?