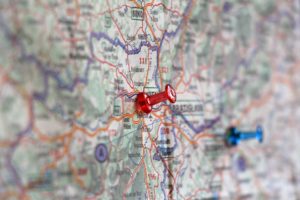 A new study from rentcafe.com outlines how these populations of renters and homeowners differ across the country, how millennials have contributed to these population changes, and what the future might hold for Gen Z-ers entering the housing market. The study analyzed cities all over the country with populations over 100,000, which added up to 317 cities in total.

According to the study, millennials have set the trend of “renters by choice,” opting for the flexible lifestyle of renting in an urban environment. This millennial trend is likely what caused 23 U.S. cities to become renter-majority cities from 2010 to 2019, despite a decrease in the overall renter population. Homeowners become the majority in only 12 American cities analyzed by RENTCafé during the same period of time.

In comparison, some of the 12 American cities with a majority of homeowners are Chicago, Sacramento, and Reno, Nevada. Among these cities, the top three that saw the most growth in homeowner populations from 2010 to 2019 were Kent, WA; Sandy Springs, Georgia; and Oxnard, California. Aside from these 12 cities, Hartford, CT, and Providence, RI had the first- and second-highest increases in homeowner population in the country from 2010 to 2019.

The number of total homeowners in the States increased steadily from 2013 to 2017, when it had an unusually high increase of 2.3%. The rate of growth in the homeowner population dropped slightly in 2018 but rose yet again last year.

RENTCafé predicts that there will be 45 million members of Generation Z joining the housing market by 2025, which could lead to an uptick in renter populations across the country. The oldest Gen Z-ers are now turning 24, and the older Gen Z-ers who are just starting to look for their homes are highly likely to look to renting in larger cities as they follow in the footsteps of their millennial counterparts.

Renters today make up about one-third (33.6%) of the total U.S. population, which is a slight decrease from 2015 when renters made up 35.5% of the population. By 2019, the renter population hit a seven-year low, but the influx of Gen Z-ers who are starting to grow out of their parents’ homes and look for their first place could cause renter populations to bounce back.