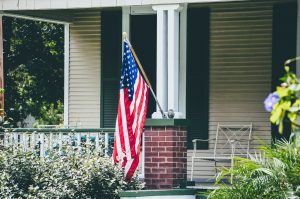 The Bill Clinton Foundation has launched a virtual conference series titled “Building an Inclusive Recovery,” in which President Bill Clinton speaks with changemakers aiming to address racial and economic disparities in the wake of COVID-19. The first video conference, “Small Businesses, Big Opportunities,” focused on how small businesses may be part of the solution to creating more economic opportunities for minorities in America.

In today’s second installment of the series, “Affordable Housing and (Re)Building the American Dream,” President Clinton discusses the challenges that communities of color face when it comes to affordable homes, building generational wealth through homeownership, and what solutions could help with the lack of opportunities for minorities when it comes to housing. The Clinton Foundation partnered with Caliber Home Loans and The Mastercard Center for Inclusive Growth to bring housing industry leaders and politicians together for discussion in this latest video conference.

President Clinton first spoke with the CEO of Caliber Home Loans Sanjiv Das and the Mayor of Atlanta, Keisha Lance Bottoms. President Clinton started the discussion by addressing how the disparity in wealth along racial lines has been a nationwide issue long before the coronavirus pandemic and its resulting economic downturn.

“If we have any hope of closing the racial wealth gap, which even before COVID had widened to the point where the median net worth of white households was 13 times larger than Black households and 10 times larger than Latino households, we’ll have to close the homeownership gap,” President Clinton said.

Mayor Keisha Lance Bottoms discussed how affordable housing has been a struggle in Atlanta for decades. Mayor Bottoms said that Maynard Jackson, the first African American mayor of Atlanta, wrote in his biography about the need for affordable and workforce housing in Atlanta back in the 1970s when he was in office.

“It's been fascinating to me that this is still a challenge for us,” Mayor Bottoms said.

COVID-19 has exacerbated the issue of affordable housing in Atlanta. However, the city has taken measures toward helping alleviate some of the stress on Atlanta households through rental assistance programs and halting evictions for public housing. Mayor Bottoms emphasized that it will take more assistance to truly address the problem of affordable housing.

“What we have found in these discussions that happen inside of City Hall and inside these boardrooms really needed to be amplified to our communities,” she said. “One hope is to relieve anxiety, but also to let people know that there are resources available that can help get them through the pandemic.”

Das added that “foreclosure is not good for anybody,” and that Caliber Home Loans has made a point of “not counting how many loans we saved, but how many homes we saved.”

In the second session of the video conference, President Clinton spoke with former Secretary of Housing and Urban Development and former Mayor of San Antonio, Julián Castro, as well as Local Initiatives Support Corporation (LISC) president and CEO, Maurice A. Jones.

“The federal government has a huge opportunity to be a stronger, more robust partner with a lot of great initiatives that are already going on, on the ground,” Jones said about helping renters. “We've got the ability to reposition real estate all over the country, to better serve homeless folks, to better serve people who are at 60% of their area median income or 80%.”

In regards to homeownership and bridging the racial wealth gap, former HUD Secretary Julián Castro discussed how homeownership continues to feel like too much of a risk for many Americans.

“I still believe that homeownership is a worthy, laudable goal,” Castro said. “When I got to HUD as Secretary in the summer of 2014, when I got there during this period, we were just climbing out of the Great Recession. Things had stabilized, to a large extent, but there was this reflexive hesitancy to embrace homeownership because of the housing crisis that we've gone through.”

President Clinton concluded the session by calling for all changemakers in the housing industry, both industry leaders and politicians across the political spectrum, to come together to continue finding ways to rebuild the American Dream of homeownership.

“If we're going to go forward together, we've got to have not just political inclusion, but economic inclusion and social inclusion,” President Clinton said. “And it can't just be a slogan for a day or a week or an election. It's got to be a way of doing business with your neighbors, and with the community, and the country at large.”