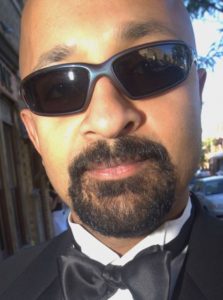 Factom, Inc., a blockchain as a service company that provides products offering document and data integrity as its EVP of R&D, recently announced the addition of three veteran executives: Mahesh Paolini-Subramanya, Laurie Pyle, and Jason Nadeau.

Mahesh Paolini-Subramanya comes to Factom from Cielo24, a media intelligence company, where he served as EVP. He has also held positions as VP of R&D and head of Cloud-teams at Ubiquiti Networks, a networking technology provider. He also founded Aptela, which became one of the largest cloud-based unified communication services in the nation. Aptela was later acquired by Vonage. 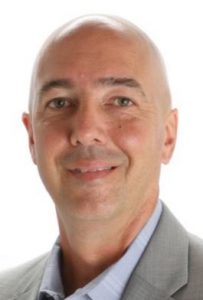 “Factom’s unique technology brings reliability, scalability, and ease-of-use to the blockchain world,” said Paolini-Subramanya. “Bringing immutability and referencability to documents, be they blobs or structured data, while still providing the performance characteristics necessary to survive in the high-volume and high-velocity world of modern services—this is a game-changer.”

In her new role at Factom, Laurie Pyle will lead the creation of a suite of mortgage technology products. Pyle has extensive experience in the mortgage technology field, including helping create the nation’s largest mortgage electronic network. Previously, she served as managing director at Corsair Associates. She has also served as EVP and CIO of Stewart Lender Services, where she headed the technology and operations teams. She was also a founding executive at RealEC Technologies, where she oversaw product strategy, product design, and client solutions.

“I am very excited to be working with the Factom team,” said Pyle. “Factom protocol has great potential to significantly impact a number of facets of the mortgage industry for the better with increased transparency and indelible audit records.”

Jason Nadeau will lead mortgage strategy, revenue growth, and business development strategy at Factom. With more than 20 years’ experience in mortgage technology, Nadeau most recently served as Senior Director at Corsair Associates, where he offered strategic consulting to mortgage technology companies. He has also served as Group President at Stewart Title and CEO of Stewart Lender Services, leading the company’s business lines and technology services. Nadeau also served as Founder, President and CTO of RealEC Technologies. In this role, he helped develop the largest electronic partner network for the mortgage industry.
“The Factom solutions for the Mortgage Industry are some of the most innovative, yet easy adopted, ones that I’ve encountered,” said Nadeau. “The ability to apply blockchain technology to the documentation and data challenges of the mortgage industry creates a completely new paradigm for compliance.”

Previous: FinTechs Can Now Become Banks, if They Choose
Next: The Week Ahead: A New Start With a Familiar Face