Are Homeowners Really Fleeing Cities for the Suburbs? 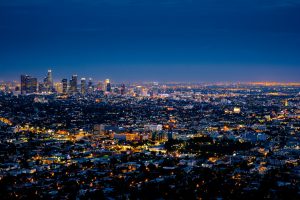 COVID-19 has made 2020 an interesting year for real estate, no one will deny that. Ask any realtor, mortgage broker, or home builder, and they’ll tell you the suburbs are experiencing a COVID-boom, because people want more space, they want to get away from the cities, and they’re all working from home.

However, LendingTree is now reporting that isn’t necessarily the case. While migration from urban to suburban areas has increased slightly, it isn’t significant enough of a rise to say that the pandemic is causing people to flee.

LendingTree reports that 1.91% of homeowners relocated from metropolitan areas to smaller towns in 2019. That number went up to 2.18% for 2020, only a .27% difference, which isn’t enough to indicate that the pandemic had much of an effect on where people wanted to live.

For some added perspective, 84.06% of people who sold a home and relocated stayed in the same city, while 15.94% changed cities.

The metropolitan areas with the most city-to-town migration are Cleveland, Minneapolis, and Nashville. The areas with the least are Philadelphia, Tampa, and Orlando.

The decision to move from a city to town is several choices in one. Those who have gone from working in an office building to working out of their homes face the potential of returning to the office—once the pandemic calms down. If they move too far away, they may potentially lose their jobs once indoor spaces are deemed safe again.

And many small towns are just as expensive as the larger cities they surround. And if people are fleeing cities due to COVID exposure, smaller towns are now getting hit just as hard.

Low housing inventory also makes it difficult to migrate—if there are no houses to move to, a person can’t relocate.

This isn’t to say that no one has moved because of COVID-19, but not enough people have made that choice to claim that the pandemic is causing people to flee metropolitan areas en masse, LendingTree says.

If anything, they’re moving to smaller towns for the same reasons they always have; they want more space and interest rates are very low.

Previous: How Crisis-Motivated Policy Changes Could Affect Housing Inequality
Next: Why More Americans Are Investing in Existing Housing Stock