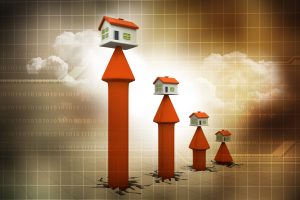 At the same time, the number of homes for sale fell to an all-time low during the four-week period ending December 12, as for the 39th consecutive week, home buying demand continues to outpace the nation’s supply.

"Homebuyers are being hit particularly hard by this wave of inflation," said Redfin Chief Economist Daryl Fairweather. "People who set out to buy a home in 2020, but delayed their plans or lost out in bidding wars, may now find themselves priced out of homeownership. Right now, the only thing likely to slow the rate of home-price growth is a mortgage-rate hike, which would be something of a Pyrrhic victory for homebuyers."

During the four-week period ending December 12, active listings (defined by Redfin as “the number of homes listed for sale at any point during the period”) fell to a new all-time low, down 25% from 2020, and 43% from 2019.

Of this limited supply, 42% of the homes that went under contract that had an accepted offer within the first two weeks on the market, above the 36% rate of a year earlier and the 26% rate in 2019. In terms of speed, 31% of homes that went under contract had an accepted offer within one week of hitting the market, up from 26% year-over-year, and 17% in 2019. 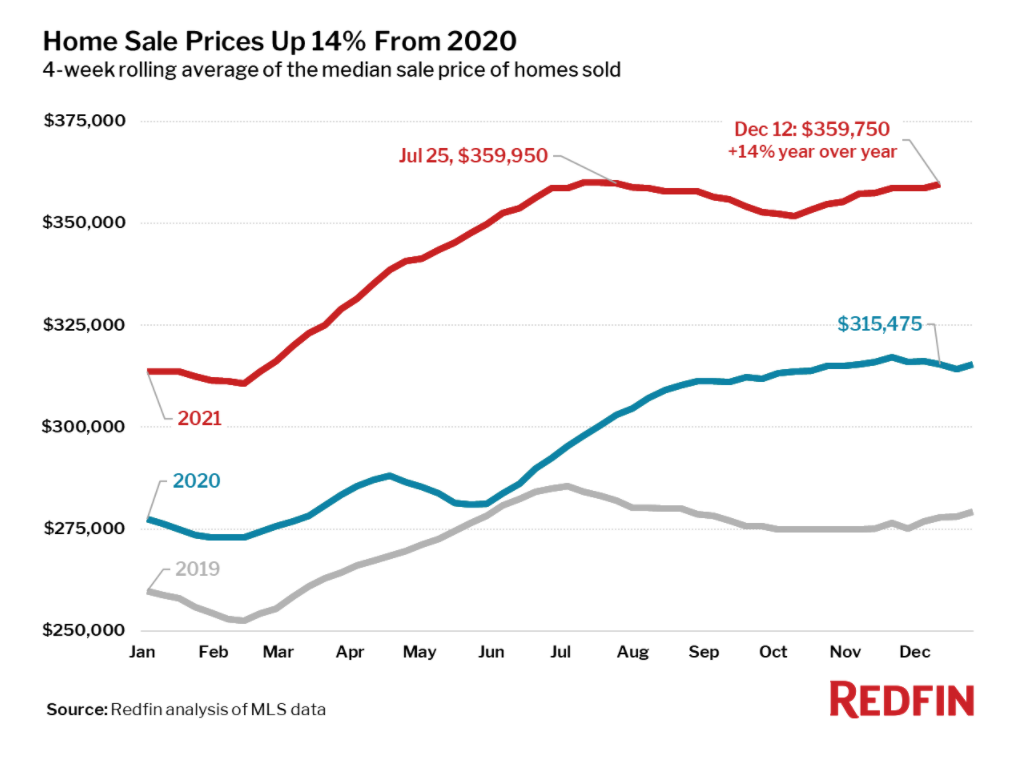 Zillow recently reported that relief may be on the way for the inventory struggle, as signs may be aimed at a house building boom as the number of building permits that were created this summer reached the 1.69 million mark, well above the 1.5 million mark at which Zillow says indicates a boom. Zillow notes that the number of building permits issued generally gives the market an idea of how new home construction is coming along.

"Builders in recent months have put the pedal to the metal to get new homes up and meet a rush of demand, and we just saw the first full year of above-average construction since the mid-2000s housing crash," said Zillow Senior Economist Jeff Tucker. "This isn't a new boom cycle of new construction so much as it's an attempt to get even from the last bust. There is still a long way to go to catch up from more than a decade of slow construction, and some markets have longer to go than others."

Buyers looking at the tight supply continue to snatch up homes in quick fashion, as Redfin’s Tim Ellis found homes that were sold on the market remained there for a median of just 26 days, down from 32 days a year earlier, and 48 days in 2019. Of these sales, 43% of these homes sold above list price, up from 34% just one year earlier, and 20% in 2019.

Bidding wars were found to be on the decline, as Redfin reported that after reaching a pandemic peak in April 2021, 60.3% of all offers written by Redfin in October experienced a bidding war, down slightly from 60.4% in September. A bidding war is defined as occurring when an offer (written by Redfin) received at least one other bid during the selling process.