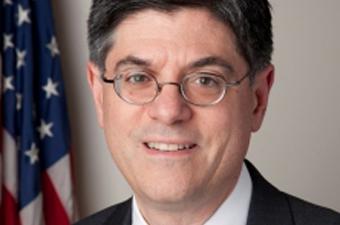 Four years after inheriting an economy on the brink, Secretary of the Treasury Tim Geithner is stepping down. The nominee to replace him: Jack Lew, former director of the Office of Management and Budget during both the Clinton and Obama administrations and current ""White House"":http://www.whitehouse.gov/ Chief of Staff.

Lew has a long and storied career in finances, having served as managing director and COO of Citi Global Wealth Management and then Citi Alternative Investments. Prior to that, he was EVP and COO of New York University, where he also served as a professor of public administration.

Lew began his career in Washington in 1973 as a legislative aide. From 1979 to 1987, he acted as a principal domestic policy advisor to House Speaker [COLUMN_BREAK]

Thomas O'Neill ""Tip"" Jr. He was also the speaker's liaison to the Greenspan Commission, which negotiated a bipartisan solution to reform Social Security in 1983 and was responsible for domestic and economic issues.

As the nominee for a major policy position, Lew has drawn the usual amount of criticism from both sides of the aisle. He has a shaky relationship with congressional Republicans--Politico ""reports"":http://www.politico.com/story/2013/01/lessons-learned-obama-takes-fights-to-congress-85936_Page2.html one Republican aide called him ""tone deaf"" to GOP concerns--and consumer advocates may be worried about his ties to CitiGroup--and by extension Wall Street.

In any event, expectations are set high for Lew as potential Secretary of the Treasury. In a ""speech"":http://www.whitehouse.gov/the-press-office/2013/01/10/remarks-president-nomination-secretary-treasury announcing the nomination, President Obama called Geithner ""one of our finest Secretaries of the Treasury"" and said Lew ""knows that every number on a page, every dollar we budget, every decision we make has to be an expression of who we wish to be as a nation, our values.""

While that may be a tall order, Lew's first challenge as Secretary of the Treasury would be relatively simple: Fixing his ""much-criticized signature"":http://rt.com/business/news/signature-us-dollar-lew-717/, which would appear on the nation's money.

""I had never noticed Jack's signature, and when this was highlighted yesterday in the press, I considered rescinding my offer to appoint him,"" Obama joked. ""Jack assures me that he is going to work to make at least one letter legible in order not to debase our currency should he be confirmed as Secretary of the Treasury.""