Survey Finds Affordability to be Biggest Barrier to Homeownership 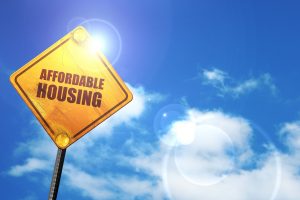 Re-issuing a survey first completed three years ago, PropertyShark, a property research firm for commercial and residential tracts, found that Millennials have become more pessimistic about their housing options than they were three years ago while Generation Z’s feelings have also dampened.

According to the survey, the “wild optimism” that Gen Z expressed three years ago about owning a home in the future has yet to come to fruition as only 29% of them have purchased a home thus far. In addition, 38% of Gen Z respondents reported that they were living with their parents. “Overall, home-sharing is most popular among adult Gen Z, with nearly one-quarter of respondents currently living with friends or roommates, compared to only 7% of Millennials and 5% of Gen X who reside in a similar setup,” the survey said. “Gen Z respondents are also the most likely to live in an intergenerational household, with 14% sharing their home with two or more other generations. That’s similar to 11% of Gen Xers, who are living in the same type of household.” Millennials were also found to be dissatisfied with their homes at a rate of 55%, the most among the three generations surveyed for this report.

“Conversely, for those happy with their homes—regardless of what generation they belong to—the affordability, size, and location of their current homes, along with the neighborhood community are among the leading factors for their satisfaction across all three generations. However, when it comes to available green space, that factor is more significant for Gen X and Millennial respondents, while Gen Z prizes the convenience of commuting conferred by their homes.”

In terms of migration trends, the most popular states to move to were also the most populous with Florida, California, and Texas being the top choices, followed by an outlier, Colorado, which ranks 21st in terms of population.

PropertyShark noted that most homeseekers were looking to move in order to be closer to family or for a more hospitable climate over concerns about the local job market and housing prices.

And in order to move, the survey found that 90% people saved for a down payment for an average of five years.

“With the eldest Gen Xers now 56 years old, elder Millennials looking at 41 this year, and the forefront of Gen Z hitting 27 in 2022, homeownership rates among respondents from the three generations stand at 78%, 64% and 29%, respectively. So, what’s keeping 22% of Gen X, 36% of Millennials and 71% of adult Gen Z out of the housing market?”

“As expected, the main issue is affordability. Of all non-owners who participated in our survey, 53% view today’s housing market as just as inaccessible or even more inaccessible than in 2018, with Millennials most pessimistic. And, for those living with parents or other family members, the outlook is even more stark than it is for renters, with 59% of Millennials who live at home feeling that the prospect of homeownership is now even further removed.”

Millennials seem to be the most impacted by the current affordability crisis. Nearly three-quarters of Millennial respondents claimed they were barred from homeownership due to the cost, compared to the roughly 60% of other generations. Of Millennials that live at home, 70% say they cannot afford a home or rent, or are saving up for a down payment.

Click here to view the report in its entirety, including interactive breakdowns of data.