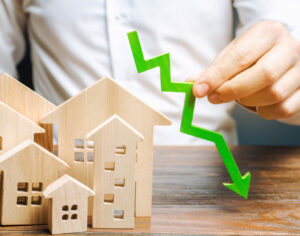 The latest quarterly forecast from Veros Real Estate Solutions, an enterprise risk management and collateral valuation service company, now anticipates that home prices will overall turn negative and depreciate by 0.5% by the end of 2023—this is a significant change from the last forecast during the third quarter which predicted a 1.5% annual appreciation by the end of 2023.

This is the first time Veros’ forecast has been in negative territory in over a decade.

The fourth quarter VeroFORECAST monitors and utilizes data from the top 318 largest housing markets covering 987 counties or 82% of U.S. residents.

“This decrease to an average depreciation of -0.5% over the next 12 months is the first time in over a decade that Veros’ average house price forecast has gone negative,” said Eric Fox, Veros’ Chief Economist. “The last time that the annual forecast was expected to be negative was in 2012 following the aftermath of the previous housing market crash. Though average depreciation is expected now, the fundamentals of the U.S. housing market in 2023 are much better than they were a decade ago. This is not going to be a repeat of what we saw in 2007-2008.” 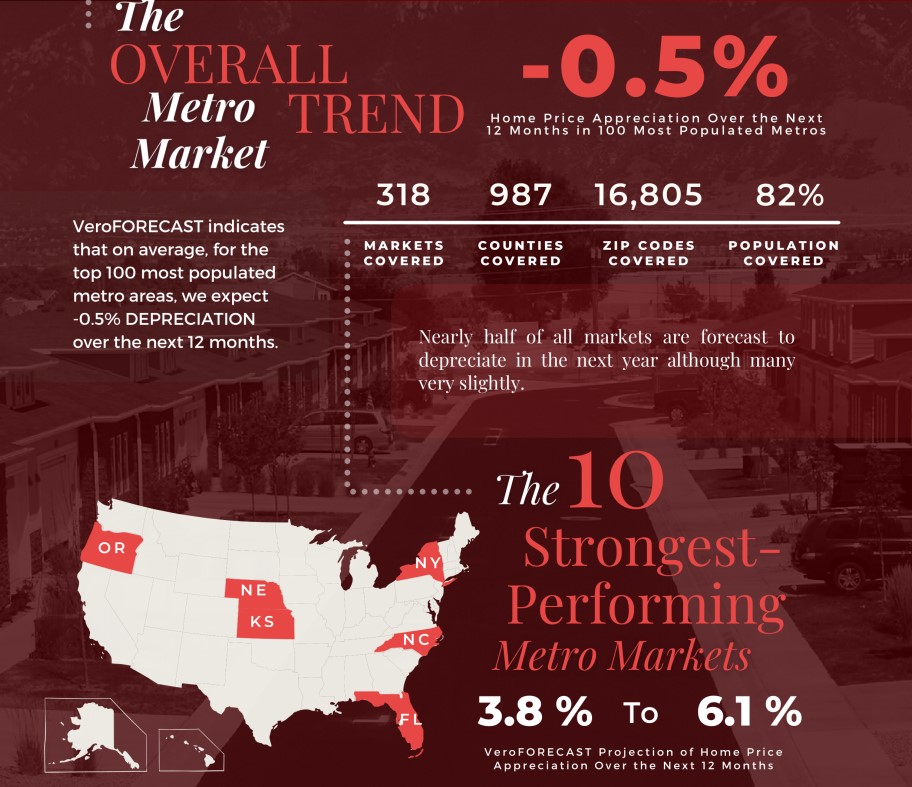 Extreme depreciation is not expected at this time, though the softening market is a stark contrast to what has been experienced in the previous couple of years.

“Interestingly, many markets which were the big housing market winners of the past year or two are now forecast to be some of the worst-performers including San Francisco, Seattle, Austin, Boise, San Jose, and Las Vegas,” continued Fox. “These markets are all expecting depreciation over the next 12 months which will range from -5% to -7%”