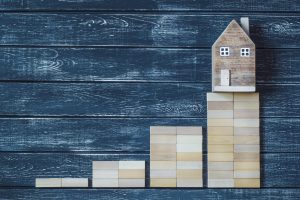 “Mortgage rates rose across all mortgage loan types, with the 30-year fixed-rate mortgage increasing by almost a quarter of a percent from last week,” said Sam Khater, Freddie Mac’s Chief Economist. “This was driven by the prospect of a faster than expected tightening of monetary policy in response to continued inflation exacerbated by uncertainty in labor and supply chains. The rise in mortgage rates so far this year has not yet affected purchase demand, but given the fast pace of home price growth, it will likely dampen demand in the near future.”

As reported earlier in the week by the Mortgage Bankers Association (MBA), overall mortgage application volume increased 1.4% week-over-week in its latest Weekly Mortgage Applications Survey. And while the overall share of mortgage app volume is on the rise, the refinance share decreased to 64.1% of total applications, down slightly from 65.4% the previous week.

Is the rise in rates beginning to squeeze more out of the refi market? Or, is it a combination of affordability, lack of supply, and a rise in the cost of raw materials?

According to the National Association of Home Builders (NAHB), over the past four months, lumber prices have nearly tripled, forcing the price of an average new single-family home to rise by more than $18,600. According to Random Lengths, a firm that gauges price behaviors in the U.S. framing lumber market, as of December 29, 2021, the price of framing lumber topped $1,000 per thousand board feet—a 167% increase since late August. 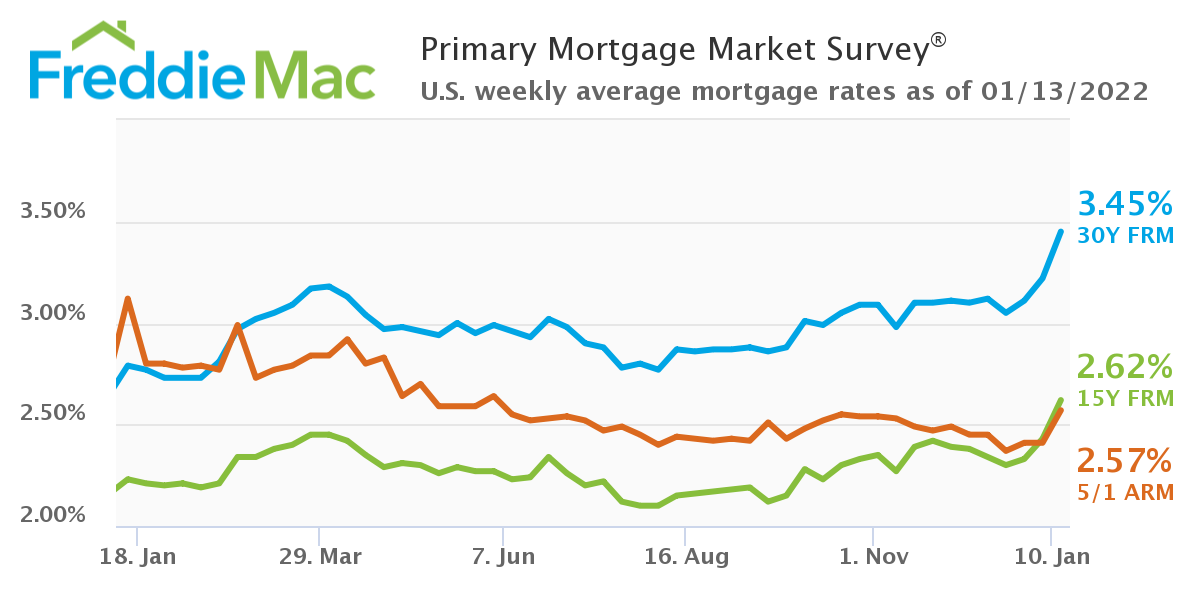 “The Freddie Mac fixed rate for a 30-year loan maintained its upward momentum this week, riding a strong inflationary wave, and following the surge in the 10-year Treasury,” commented Realtor.com Manager of Economic Research George Ratiu. “Investors took note of the acceleration in consumer prices, which rose at the fastest pace in 40 years in December. In addition, the mild impact of the Omicron wave, despite the high number of cases, points toward a brighter post-pandemic horizon, a sentiment which underpins a more bullish outlook on the economy. This week’s [National Federation of Independent Business] NFIB small-business optimism index further echoed the sentiment, hitting a three-month high.”

Despite the acceleration in consumer prices, unemployment numbers were on the upswing this week, as the U.S. Department of Labor (DOL) reported that for the week ending January 8, the advance figure for seasonally adjusted initial unemployment claims was 230,000, an increase of 23,000 from the previous week's level of 207,000.