[1]Appraisers and homeowners just cannot seem to find common ground in valuing their home, but they are getting closer to seeing eye-to-eye.

For the fourth consecutive month in December, the gap between homeowner and appraisal values has gotten smaller. In November, the difference between the values was slightly higher at 1.87 percent.

“The narrowing of the perceived vs. appraisal value gap is an excellent way to end the year,” said Quicken Loans Chief Economist Bob Walters. “The more homeowners are in line with appraisers, and understand the equity in their home, the easier it will be to refinance their mortgage. In the same vein, if homebuyers understand how the local market is performing, they will be better equipped to come in with a strong offer on the home of their dreams.” 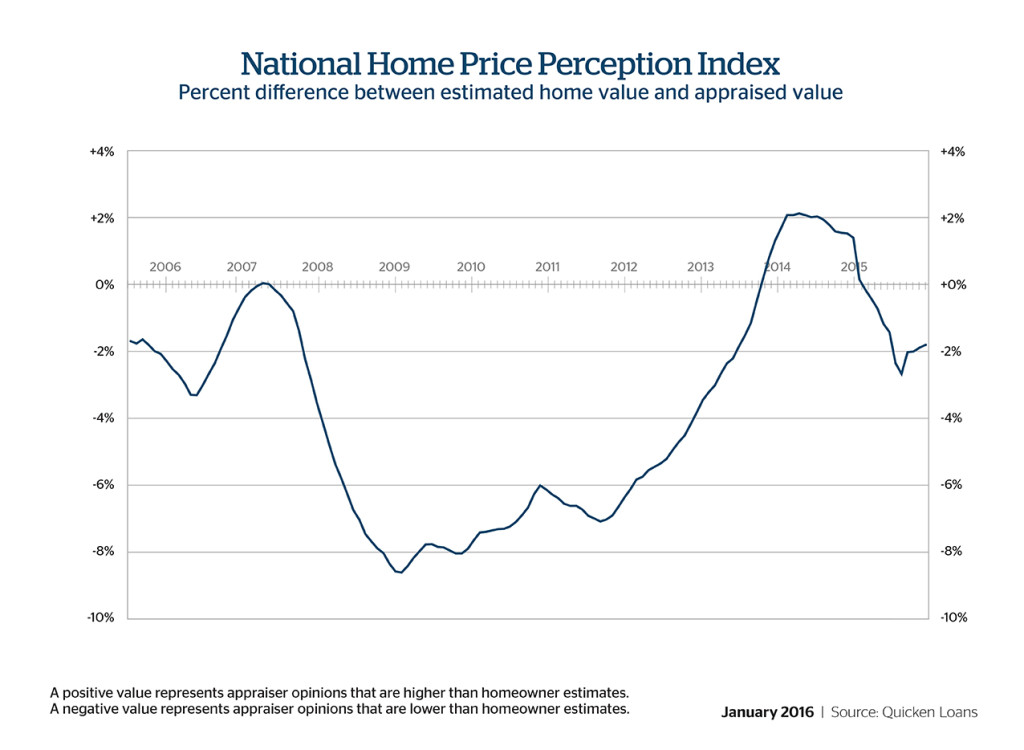 Quicken Loans reported that San Jose, California; Denver, Colorado; and San Francisco, California were the top three cities where appraiser opinions were higher than homeowners' values in December at 4.99 percent, 4.26 percent, and 3.94 percent.

The data also found that home values increased in December by 0.18 percent since November, and are up 5.81 percent year-over-year, according to Quicken Loans' national Home Value Index. The West leads home price gains among the regions, rising 8.61 percent since December 2014, while the Northeast falls short of all the other regions with a 1.87 percent increase.

“2015 bookends with the same story we have heard throughout the year–a housing supply that trails the demand, continuing to push values higher,” Walters said. “The market could benefit from homeowners taking advantage of the equity they are building, and make their home available to the many eager buyers. This could give buyers a chance to find the home they have been waiting for.” 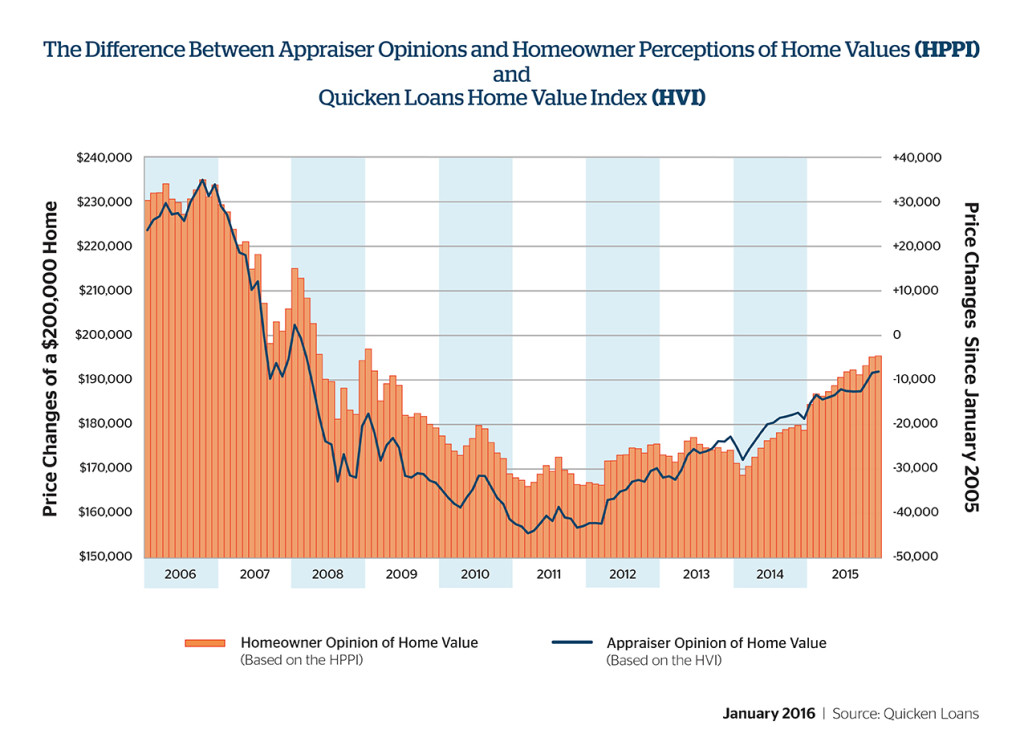