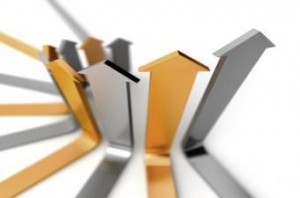 American consumers are heading into 2015 feeling good about their economic prospects, according to a preliminary confidence measure.

A first-look reading of the University of Michigan/Thomson Reuters consumer confidence index shows the measure climbed to 98.2 as of mid-January, up nearly five points from a final December reading of 93.6 and from a consensus forecast of 94.1 among economists polled by Thomson Reuters.

According to the group conducting the confidence survey, January's increase—which lifted the index to its highest level since 2004—was driven by an improvement in personal finances, with more consumers reporting increases in household income than any time in the past decade. They're also more optimistic about the labor outlook as job growth continues on a steady track.

Lower prices at the pump are also helping, leaving Americans with more spending money they can use on other things.

According to the survey release, the index of consumer expectations rose more than five points, climbing to 91.6. The gauge of current conditions also improved, increasing to 108.3 from 104.8.

Going by just the latest reading, annualized consumer spending is projected to pick up as much as 6 percent from Q4 2014 to Q1 2015, said Paul Diggle, economist at Capital Economics.

"We think that 3.5–4.0 percent is more plausible, but it is clear that consumption could be even stronger than we expect," Diggle said in a note to clients. "This would presumably be due to consumers spending the windfall from lower gasoline prices."