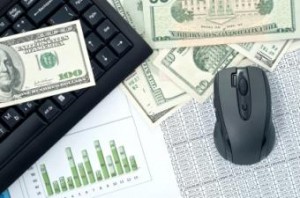 On Friday, Citigroup reported net earnings of $3.3 billion for the fourth quarter of 2015, nearly a ten-fold increase from the bank’s reported net income of $344 million for the fourth quarter of 2014. The spike was driven by  "higher revenues and lower operating expenses, partially offset by a higher cost of credit. Citigroup’s effective tax rate was 29 percent in the current quarter, a decrease from 74 percent in the fourth quarter 2014, which was impacted by an elevated level of non-tax-deductible legal and related expenses," according to the release. Citigroup's revenues increased year-over-year in Q4 2015 by 4 percent up to $18.6 billion.

For the full year of 2015, Citigroup’s net income more than doubled despite a slight decline in revenues, from $7.3 billion on revenues of $77.2 billion in 2014 up to $17.1 billion on revenues of $76.4 billion in 2015. The $17.1 billion net income for the full year of 2015 was the Citigroup’s best yearly net income in nine years. The price per diluted share shot up year-over-year from $0.06 to $1.02. The increase was driven by “lower operating expenses and lower net credit losses (that) were partially offset by the lower revenues and a lower net loan loss reserve release,” according to Citigroup.

Citigroup’s net income for the full year of 2015 takes into account the impact of the July 2014 mortgage-backed securities settlement with the Department of Justice for $7 billion.

“Overall, we had strong performance during 2015,” said Michael Corbat, CEO of Citigroup. “The $17.1 billion we generated in net income was the highest since 2006, when our company was very different in terms of headcount, footprint, mix of businesses and assets. Over the last three years, we have made substantial progress toward our targets and execution priorities. We significantly improved our returns on both assets and tangible common equity, as well as our Citicorp efficiency ratio. We have sharpened our focus on target clients, shedding over 20 consumer and institutional businesses in the process.”

Corbat stated that Citigroup has “become a simpler, smaller, safer, and stronger institution,” noting that the bank has “generated $50 billion in regulatory capital over the last three years, we have already exceeded regulatory thresholds for the Common Equity Tier 1 Capital and Supplementary Leverage ratios. This progress allowed us 2 to begin returning meaningful capital to our shareholders. We have made sustainable investments not only in our capital planning process but also in the risk, control and compliance functions, which are critical to maintaining our license to do business.” Mortgage banking had a solid quarter for Wells Fargo in Q4, with a noninterest income of $1.7 billion—an increase of $71 million from the previous quarter. According to Wells Fargo, the increase was driven primarily by higher net servicing income.

Diversified business was the key to the bank’s success in Q4, according to executives.

“Our performance in the fourth quarter reflected a continuation of the solid results we generated all year and the ability of our diversified business model to perform consistently across cycles,” Wells Fargo CFO John Shewsberry said.

“Full year and fourth quarter 2015 results demonstrated the benefit of our diversified business model as we again generated strong financial results, maintained our risk discipline and continued to invest across the company for future growth,” Wells Fargo Chairman and CEO John Stumpf said. “We remained focused on the building blocks of long-term shareholder value, with continued growth in loans, deposits and capital. For the fifth consecutive year, we returned more capital to shareholders than the prior year. I am proud of the dedication of our team members and their focus on helping our customers succeed financially.”

Previous: Campbell Lewis Communications Welcomes New Managing Director
Next: Rate Hikes Low on the List of Worries for Most Americans 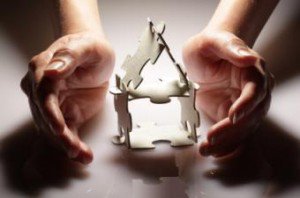 In the coming week, the Urban Institute will present the latest in its conversation series, taking aim at the measures the Biden Administration will take to create housing equality for all.