December's sales were down year-over-year, coming up 0.6 percent short of December 2012's pace of 4.90 million.

Removing all other types of sales, sales of existing single-family homes rose 1.9 percent from November to an adjusted annual rate of 4.30 million. Compared to the prior year, single-family sales were down 0.7 percent.

For all of last year, NAR estimates there were 5.09 million existing-home sales, a 9.1 percent improvement from 2012.

""Existing-home sales have risen nearly 20 percent since 2011, with job growth, record low mortgage interest rates and a large pent-up demand driving the market,"" said NAR chief economist Lawrence Yun. ""We lost some momentum toward the end of 2013 from disappointing job growth and limited inventory, but we ended with a year that was close to normal given the size of our population.""

While sales were up from November, it wasn't new homeowners driving the increase: First-time buyers accounted for 27 percent of purchases in December, down from 28 percent in November and 30 percent in December 2012. All-cash sales--often reflective of investor activity--made up 32 percent of December transactions, unchanged from November and up from the previous year.

Even with prices and mortgage rates slated to rise, NAR president Steve Brown says sales should hold strong in 2014 as job numbers improve. That doesn't mean the year won't be without challenges, though.

""The only factors holding us back from a stronger recovery are the ongoing issues of restrictive mortgage credit and constrained inventory,"" Brown said. ""With strict new mortgage rules in place, we will be monitoring the lending environment to ensure that financially qualified buyers can access the credit they need to purchase a home.""

The national median existing-home price for all housing types in December was $198,000, up 9.9 percent year-over-year. A comparatively smaller share of distressed sales (14 percent compared with December 2012's 24 percent) accounted for some of the price growth, NAR reported.

The median existing single-family home price was $197,900, up 9.8 percent from the year prior. 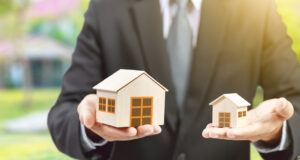