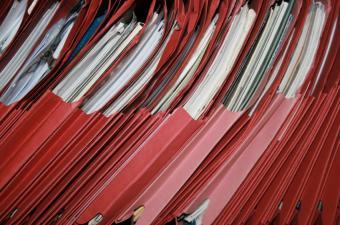 As of the end of 2012, GAO estimates regulators have issued rules for approximately 48 percent of the Dodd-Frank provisions that call for them. Most of the effective deadlines for those rules have not yet been reached, the agency says.

Of the remaining Dodd-Frank provisions, GAO says regulators have proposed rules for about 29 percent, while the remaining 23 percent have yet to be addressed.

According to the report, the biggest obstacle standing in the way of new rulemaking and implementation is the sheer number and complexity of issues discussed in Dodd-Frank. Adding to the difficulty is the fact that many [COLUMN_BREAK]

rules are interconnected, requiring a level of coordination between agencies that can often delay their procedures.

Regulators have also prioritized responsiveness over timeliness when it comes to finalizing the reforms.

""For example, to implement the act's ban on proprietary trading--trading activities conducted by financial institutions for their own accounts as opposed to those of their clients--the regulators issued draft rules that contained over 750 questions for the public's input and spurred over 19,000 comment letters,"" the report notes.

Furthermore, the effectiveness of those reforms that actually have been implemented has yet to be seen, GAO says. The agency offers as an example the requirement that certain institutions create and submit ""living wills"" to promote a rapid and orderly resolution in case of bankruptcy. While many financial firms have submitted their resolution plans, the effectiveness of these provisions can't be known until the first large failure.

In addition, GAO says a number of other concerns still exist, including continued federal overexposure to Fannie Mae and Freddie Mac as they operate under conservatorship. Until the GSEs' status is resolved, the report notes, ""these entities continue to represent financial exposures for the federal government, a risk to taxpayers, and an impediment to the transition to a housing market that functions effectively without the current level of substantial federal support.""

Although the GSEs' conservator, the Federal Housing Finance Agency (FHFA), has put out proposals to change their procedures and encourage private market participation, no definitive plan has yet been developed.

Many homeowners believe an increase in storms, extreme temperatures, wildfires, and rising sea levels warrant serious concern, and economists say that is valid.