Home >> Daily Dose >> The Housing Low Down on the Oil Crisis

The Housing Low Down on the Oil Crisis 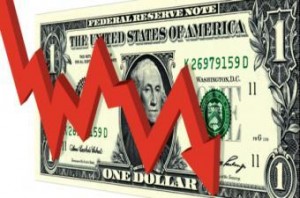 As oil prices continue to decline in the U.S., many in the mortgage industry are expressing concern about how America’s new crisis will affect the housing sector.

“Many of us are enjoying the benefits of oil at its lowest price in over 12 years, in the $30 a barrel range as of this release,” said Tom O’Grady, CEO of Pro Teck Valuation Services. “The impact on the U.S. oil industry, however, has been alarming.”

To provide a clearer picture of the oil crisis, ProTeck explained that at the end of December 2014, there were 1,882 active oil rigs in the U.S.  Just a year later, that number has fallen to 714. In the state of Texas alone, the rig count dropped by more than 62 percent in 2015.

A report from Capital Economics found that there are two ways that lower oil prices can affect the economy, but ultimately feels that the decline in oil prices will boost economic growth.

“In principle, a lower oil price should be positive for the world economy. The transfer of income from producers to consumers, who are more likely to spend on other goods and services, should boost global demand,” Capital Economics stated. “At worst, the impact might be expected to be neutral, with the winners offsetting the losers. In practice, though, the net impact of the recent slump in oil prices appears to have been negative or at least perceived as such in financial markets.”

The report continued, “On balance, then we continue to expect an extended period of lower oil prices to boost global growth over the next few years, even if this process may take longer than we had anticipated.”

Perhaps the most interesting connection between oil prices and housing was recently made by Bloomberg Business writer Tracy Alloway and Bank of America analysts.

Bloomberg reports that Bank of America analysts recently said this about the oil prices and subprime crisis relationship:

The pattern of the decline in the price of oil that began in mid-2014 is remarkably similar to the 2007-2009 pattern of the price decline of ABX, the credit derivative index that referenced subprime mortgages and, ultimately, the U.S. housing market. Given that both housing and oil prices were fueled to spectacular heights in the two periods by massive credit expansion, it’s probably more than just coincidence that the respective “bubble” bursting patterns are so similar.

Consider how things tend to work. Denial on what constitutes fair value is a big component of bubbles, on the part of both market participants and policymakers. When perceived “bubbles” burst, markets take their time in steadily shredding views of the perception of fundamental value, as prices move lower and lower. Along the way, many will cite “technical factors” as the cause of the decline, which in some way suggests the price decline may not be real when in fact it is all too real. In the end, the technicals drive the fundamentals, as credit flees and borrowers go bust, and a feedback loop lower kicks in. Lower prices beget accelerated selling, as asset owners need to raise cash. It could be margin calls or it could be producer selling needs, it doesn’t really matter: the selling becomes inevitable and turns into forced selling.

Previous: JPMorgan Reaches Billion-Dollar Settlement With Investment Banking Firm
Next: Top 10 Cities Where a Mortgage can be Paid off the Fastest