The newest business feature of the single-family rental market is comprised of large investors—backed by private equity—that use a buy-to-rent (B2R) strategy, but how does this size up compared to professionally-managed apartment complexes and will these businesses last?

"Single family rental is a significant component of the rental market. Historically—and currently—it is dominated by individuals and small partnerships," said Sean Becketti, Chief Economist, Freddie Mac. "The emergence of large-scale buy-to-rent investors in recent years potentially represents a new feature of this market sector. Undoubtedly, the house price collapse following 2006 provided large-scale operators with an extraordinary opportunity to launch their operations. But, while the data is mixed, there are some signs that large-scale firms intend to manage their large portfolios of single-family rentals as an on-going business." 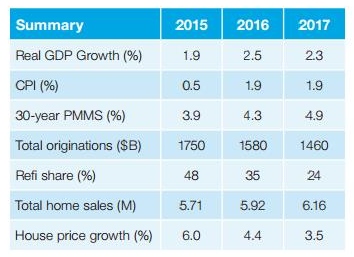 Large-scale B2R investors emerged in 2012 as a new aspect of the single-family rental business, which expanded during the Great Recession. Just one year later, in 2013, the single-family rental market represented a total of 35 percent of all rental housing in the U.S. Meanwhile, foreclosures increased the number of vacant single-family homes and scarce mortgage credit availability left many families unable to purchase a home, which led to previously-owner-occupied homes becoming rental properties.

"The collapse of house prices may help to explain the appearance of B2R companies," Freddie Mac noted. "The drop in the acquisition cost of single-family homes may have outweighed the presumably-higher management and maintenance costs of a 2 Economic & Housing Research single-family network. And the decline in home ownership–some by choice, some by necessity–generated new demand for single-family rentals, particularly among people who may not have found apartment living attractive."

Freddie Mac pointed to a recent paper by MM&Z that found that homes bought by B2R firms are typically newer, larger, and on smaller lots than houses purchased by other large investors. This could mean that these firms plan to rent these homes for a long period of time.

Freddie Mac posed the question if large-scale buy-to-rent simply a product of the house price collapse, a one-time bargain purchase. "If so, we might expect it to be a temporary phenomenon. Alternatively, if there has been a permanent shift away from home ownership toward renting–particularly among families–and if B2R firms have developed new and more efficient ways to manage a network of single-family houses, large-scale buy-to-rent may be here to stay," Freddie Mac said.