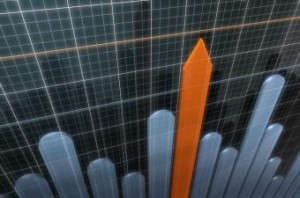 Consumer sentiment pulled back slightly from an earlier reading but still finished January at its highest level in more than a decade, according to a survey released Friday.

The University of Michigan/Thomson Reuters Index of Consumer Sentiment came to 98.1 in its final January gauge, the group conducting the survey reported. While down slightly from a mid-month reading of 98.2, the index is still higher than it's been in the last 11 years.

January's strong reading caps off a growth streak that started around mid-2014 as the job market picked up momentum.

"Consumers expect the renewed economic strength to create more jobs, but the only boost to their discretionary incomes has been due to falling oil prices," said Richard Curtin, chief economist for Surveys of Consumers and director of the survey. "Consumers have now turned to wages rather than jobs as the primary characteristic they used to judge the performance of the economy."

According to a report from the group, more consumers reported improvements in their finances in January than any other time in the past decade, and four in 10 cited income gains as the primary reason.

Notably, more of those gains are being reported among households with incomes under $75,000, a group that has seen relatively little of the recovery so far.

While consumers expect wage growth in the year ahead, the average estimate called for an increase of only 1.9 percent.

The UMich/Thomson Reuters survey is the second index of consumer confidence to come out this week. The Conference Board's monthly measure, released Tuesday, showed a month-over-month increase of nearly 10 points to 102.9.