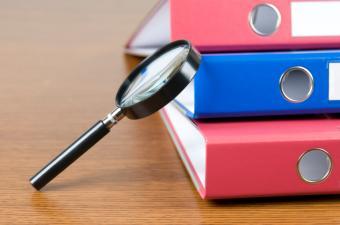 In a report, a taxpayer watchdog agency accused ""Treasury"":http://www.treasury.gov of lacking a ""concrete"" plan to help Ally pay back taxpayers and move toward financial stability.

""Four years after its first Government bailout, Ally still owes taxpayers $14.6 billion and Treasury has no concrete exit plan that balances repayment to taxpayers with Ally's financial stability,"" the ""Office of the Special Inspector General for Troubled Asset Relief Program"":http://www.sigtarp.gov/Pages/home.aspx(SIGTARP) stated in the report.

Although Treasury made three investments into Ally, totaling $17.2 billion, the report says Treasury never required the company to ""spell out a plan"" to address issues surrounding Residential Capital, Ally's mortgage arm that caused most of the company's losses. Ally, formerly known as GMAC, was at one time one of the nation's largest subprime lenders.

According to the report, Treasury's lack of a plan to address the subprime mortgage component going into the GMAC investment may be the main reason why still Ally still remains in TARP.

Initially, Treasury did plan to pay back taxpayers through a public sale of stock, but in May 2012, ResCap ""filed"":http://www.dsnews.com/articles/allys-mortgage-unit-files-for-bankruptcy-new-strategies-announced-2012-05-14 for bankruptcy, which led to the delay of the initial public offering.

In a ""letter"":http://www.treasury.gov/initiatives/financial-stability/about-tarp/Documents/Treasury%20Response%20to%20SIGTARP%20January%202013%20Quarterly%20Report%20Section%203.pdf from Treasury, Timothy G. Massad, assistant secretary for the department's Office of Financial Stability, explained the strategic initiatives for Ally's exit include the Chapter 11 ResCap bankruptcy and the sale of Ally's international operations, ""which will generate cash that can be used to repay Treasury.""

""As these two key initiatives are completed, Treasury will be able to monetize its remaining investment through a sale of its stock (either through a public or private sale) or through further sales of assets,"" Massad stated.