Homes Are Selling at Record Speed 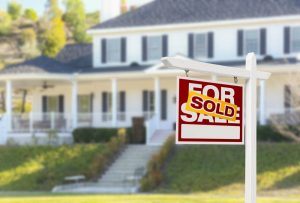 The four-week period ending January 29 comes with a new record for the housing market—55% of for-sale homes are under contract within two weeks. That’s the largest percentage in at least nine years.

Redfin reports that 55% of homes during that period went under contract within two weeks. This is the highest number seen since Redfin started collecting data in 2012.

The tech-powered real estate brokerage had more to report, too. The median sales price increased 15% to $318,280. And pending home sales increased 30% year over year.

However, the number of active listings fell 35% from 2020, which is an all-time low.

Buyers are incredibly hungry for listings, but unfortunately, there isn't much to choose from, and that scarcity is making buyers all the more frenzied," said Daryl Fairweather, Redfin Chief Economist. "As a result, the majority of the homes that hit the market are getting multiple offers right away. Not only do you have to be fast to win a home, you have to be prepared and resourceful.”

The average sale-to-list price ratio also increased, but only slightly. Compared to a year prior, it increased by 1.6% to hit 99.3%.

“I recommend that buyers on a tight budget target homes that are priced 5 to 10 percent below their maximum price so they have room to increase their offer in a bidding war,” Fairweather said.

The seasonally adjusted Redfin Homebuyer Demand Index, which measures requests for home tours, increased 60% from pre-pandemic levels, the highest level yet since January and February of 2020.

Although mortgage purchase applications decreased 4% week over week, they were actually up 16% from a year ago. And 30-year mortgage rates hit another all-time low of 2.73% during the week ending January 28.

"The inventory is there; it's lying in wait," said Scott Petrich, Seattle Redfin real estate agent. "Now that the end of the pandemic is in sight, people will gradually start listing homes for sale. And once more companies and workplaces start calling employees back to the office, some homebuyer demand will shift back toward apartments and townhomes. Right now all the pressure is on single-family, suburban homes."

Redfin’s report included over 400 metropolitan areas in the U.S.

2021-02-03
Christina Hughes Babb
Previous: January 2021: Highest Reverse Mortgage Volume Since May
Next: For Lenders and Consumers in 2021: 5 Lessons Learned