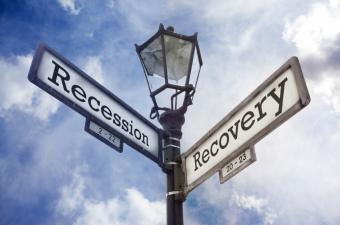 The ""National Association of Home Builders"":http://www.nahb.org/default.aspx (NAHB) released new figures from its ""Leading Markets Index"":http://www.nahb.org/news_details.aspx?sectionID=122&newsID=16645 (LMI), revealing 58 out of approximately 350 metro areas have either returned to or exceeded their last normal levels of economic and housing activity.

""Housing markets across the nation are continuing their slow and steady climb back to normal levels,"" said NAHB chairman Rick Judson. ""As employment and consumer confidence slowly improves, this is spurring pent-up demand among potential buyers.""

Major metropolitan areas experiencing a bump include Baton Rouge, Louisiana. The city tops the list of major metros, with a score of 1.41-representing a 41 percent increase from its last normal market level. Other metros with positive index scores include Honolulu, Oklahoma City, and Houston.

Smaller metros also experienced a rise in economic and housing activity. Both Odessa and Midland, Texas, boast LMI scores of 2.0 or better, denoting a doubling of their strength prior to the recession.

""Firming home prices are hastening the return of normal economic and housing activity in an increasing number of markets,"" said David Crowe, NAHB chief economist. ""The healthiest markets continue to be centered in smaller metros that boast strong local economies, particularly in the oil and gas producing states of Texas, North Dakota, Louisiana and Wyoming.""

The index's nationwide score registered at .87, meaning normal economic and housing activity is running at 87 percent of normal levels.

Lasting more than a decade, the longest-running home price boom has come to an end, as new Research from American Enterprise Institute showed significant price declines from record peaks in almost all of the nation's 60 largest metros.