Which Southern City Was Named Best Place to Live? 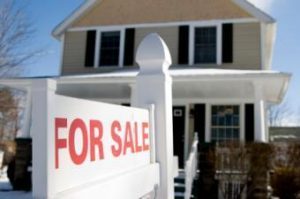 According to the 2017 Best Places to Live list released by U.S. News & World Report today, Austin, Texas is the best place to live in the country.

"When considering a move, people are concerned about finding a job in their field, earning enough to afford a home, sending their kids to good schools, and feeling like a part of their community," said Kim Castro, Executive Editor at U.S. News & World Report. "The Best Places to Live ranking takes all of that into account; the metro areas that do well are the ones with strong job markets and high quality of life."

Many metros made strides in this year’s rankings, including Boston, which jumped from No. 30 to No. 8, and Salt Lake City, which rose from No. 27 to No. 10. Three other metro areas—Hartford, Connecticut; Syracuse, New York; and Milwaukee—jumped more than 20 spots since their 2016 ranking.

The Best Places to Live list arrived on the back of Zillow’s recent hottest market predictions, which also listed Salt Lake City and Denver in its rankings. In fact, according to Zillow, Salt Lake City will likely grow by at least 4 percent over the course of 2017.