Co-owning Before Tying the Knot 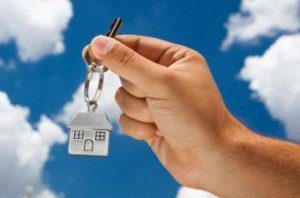 Many couples aren’t waiting to the knot before buying a home. According to recent data, a large chunk of young homebuyers are actually unmarried couples.

The jump in statistics is likely due to rising home costs, which are increasing at the fastest rate since 2006. Up 7 percent in the last year, the median home value across the country is now $193,800, and some youth-heavy metros, including Denver, Portland, and Seattle, have even seen home values surpass crisis-level numbers. These rising costs make co-purchasing almost a necessity for young buyers.

”Buying a home is a big part of The American Dream–equally shared by millennials and Baby Boomers alike,” said Zillow Chief Economist Dr. Svenja Gudell, “but it's becoming extremely difficult to make it work on a single income.”

According to Zillow’s data, almost 75 percent of all buyers are either married or in a relationship.

"Many singles looking to purchase a home on their own may not make enough money to afford or qualify for a mortgage on their dream home,” Gudell said. “That makes buying a home with a significant other even more appealing, even if marriage isn't quite part of the picture. Simply put, buying a home is much easier with two incomes. Assuming home value growth continues to outpace income growth, I imagine this trend will continue."

As the number of unwed-couple buyers increases, the number of single buyers continues to drop. Only roughly 25 percent of all homebuyers between 24 and 35 are single; in 2005, it was 28 percent.

Las Vegas, Portland, and Columbus, Ohio, have seen the biggest drop in single homebuyers. In 2005, nearly 40 percent of homebuyers were single; today, single buyers account for less than 20 percent of purchase.

Despite recent trends, couples still account for the largest share of home purchases. Millennials also make up a significant portion, making up 42 percent of all today’s buyers.