Quicken Loans' Home Price Perception Index (HPPI) found that homeowners valued their homes 1.75 percent more than appraisers in January 2016, marking a full year that this trend had continued. Last month, the gap between home values and appraisers was 1.80 percent. 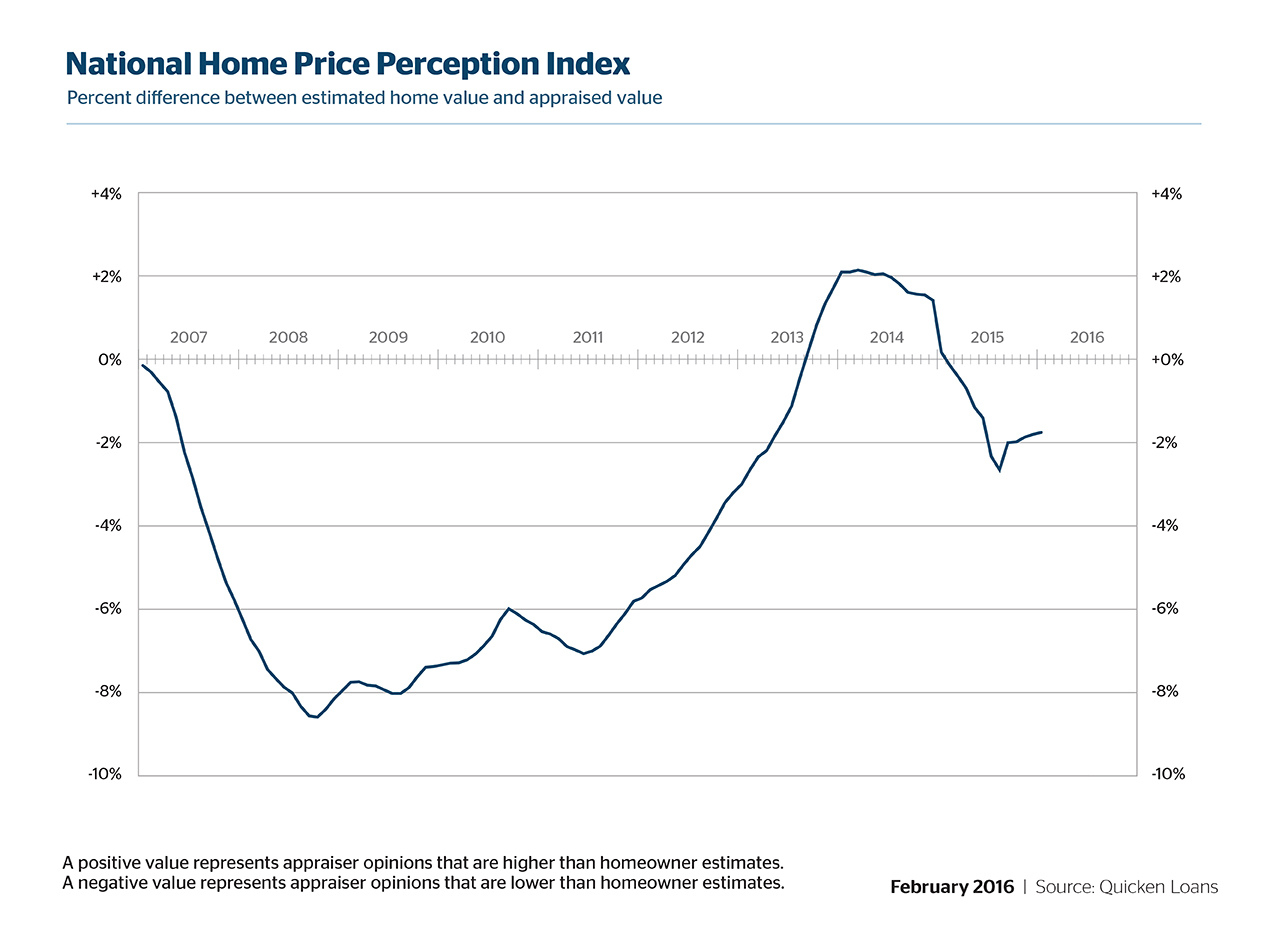 Between mid-2013 and 2015, was the only time since 2007 that appraisers valued homes more than homeowners. This rare occasion ended at the start of 2015 and homeowner opinions continued to increase through mid-2015, up until the reversed directions and headed toward an equilibrium point between homeowners and appraisers.

January 2016 will mark the fifth month that the national HPPI has moved toward a point of equality among homeowners and appraisers, but Quicken says that "homeowners and appraisers in many metro areas still do not see eye-to-eye." This rings true particularly in the Western region, where "homeowners are continuing to underestimate the value of their home as they struggle to keep up with rising home values."

“Home valuations continue to rise as the economy strengthens and buyers find homeownership often cheaper than renting,” Walters explained. “The number of potential homebuyers outpaced sellers in some markets. On the other hand, some areas are more balanced, producing slower grow or even a slight decline in some months. It is important to remember that tepid growth is not a cause for concern, but rather a sign of a healthy and sustainable market.”