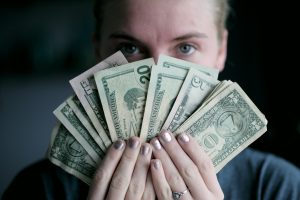 A new study explores the saving and credit-care habits of Millennials and Gen Z consumers, couples, in particular.

Among other things, the study by LendingTree found that Millennials and Gen Z-ers are saving more for houses than for babies. (That follows an earlier report that showed Millennials are less interested in homebuying than ever.)

Here's how the data panned out in regard to the marriage-baby-home desires among respondents:

The study examined several credit-related issues with which couples contend—arguments over financial decisions, differing views on finances, saving for the future, discussing debt, and joining bank accounts, to name a few.

The results, in full, are available on the magnifymoney.com blog.  Ultimately the researchers explored the idea of a prenuptial agreement with expert Lauren Perez, a MagnifyMoney deposits writer, who said, "prenups can be a worthwhile conversation before getting married."

"Although taboo ... a prenup can help you protect your financial assets, including assets like inheritances and estates. It can also help ensure the financial situation for any dependents the couple might have."

A house, along with other major assets, should be included in the agreement, Perez pointed out.

Just in time for Valentine's Day, Perez offers insight on the role of money in romance and marriage—"Not talking about finances may work for some, but couples who don’t discuss finances likely have a tough road ahead," Perez said. “Relationships require honesty and candor, especially about money, and especially when those finances are coming together. With something as important as money, it pays to communicate and work together."

Previous: Searches for $1M Homes Soar
Next: Motivated to Move: The Pandemic Impact on Migration