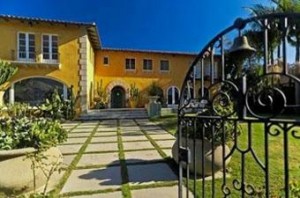 The luxury residential market remained stable, consistent, and solid in 2017 according to “The Report” a bi-annual analysis of the U.S. luxury market released by Coldwell Banker.

The study analyzed median sales prices, number of sales, median sales-price-to-list-price ratios, median days on market, and price per square foot in the top 5 percent and 10 percent of around 50 U.S. luxury markets to determine the top markets for luxury home buyers and sellers as well as trends that are likely to shape the luxury housing market in 2018.

In many luxury markets the record-breaking price increase leveled off in 2017 to more historically sustainable rates of growth, the report indicated, with inventory for single-family detached luxury homes rising 30 percent in 2017. However, the report said, the traditional build-up of new luxury listings followed expected historic patterns with the highest inventory available in July and August.

While the overall median luxury prices of single-family detached homes decreased slightly to $1.5 million during the year, the median luxury sales price for condos remaining constant at approximately $700,000 in 2017. According to the report, the year also saw a decrease in sales of luxury single-family detached homes in 2017 from the previous year.
“Prices leveled off from the record-breaking increases we saw from 2014 to 2016, with the inventory of single-family-detached luxury homes rising 30 percent last year,” said Charlie Young, President, and CEO of Coldwell Banker Real Estate LLC.

The report also identified “Power Markets,” traditional and second-tier luxury markets in the U.S., based on various indicators such as airport accessibility, ease of doing business, a prestige brand presence, and a housing stock that prioritized privacy, views, and exclusivity.

“While luxury real estate in the United States has always been a tale of two coasts, we were pleased to uncover many up-and-coming luxury hubs across the country, including tech towns like Raleigh-Durham and cultural capitals like Nashville, shaking things up in the luxury market,” Young said.