Leading U.S. economic indicators improved again in January, but weakness in homebuilding and manufacturing threaten to turn that growth around.

The Conference Board reported a 0.2 percent month-over-month increase in its Leading Economic Index (LEI), putting the measure at 121.1. The index, which measures early growth signs as a gauge of future economic developments, had increased 0.4 percent in December and 0.3 percent in November.

"The U.S. Leading Economic Index increased again in January, but its pace of growth has moderate in recent months," said Ataman Ozyildirim, economist at the Conference Board. "While the LEI suggests a positive short-term outlook in 2015, the lack of strong momentum in residential construction, along with a weak outlook for new orders in manufacturing, poses a downside risk for the U.S. economy."

Manufacturing growth slowed from December to January, according to an early February report from the Institute for Supply Management. Meanwhile, permits for future home construction dropped 0.7 percent month-over-month to a seasonally adjusted annual rate of 1.05 million, the Commerce Department said.

The leading index was the only one of three measures from the Conference Board to experience a slowdown in January. The group's gauge of current economic conditions increased 0.2 percent to 111.6, matching December's gain, while the lagging index increased 0.3 percent to 115.3, also the same as December. 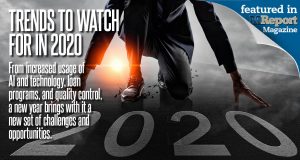