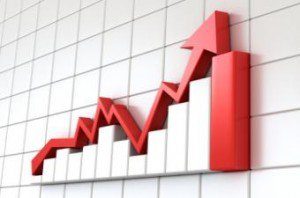 While 30-year notes rose in January, average FICO scores on refinances dropped across the board, according to the latest Origination Insight Report by Ellie Mae.

“Rates continued to increase in January and with that we began to see an uptick in adjustable rate mortgages, a trend that we will watch throughout the year,” said Jonathan Corr, President and CEO of Ellie Mae. “Additionally, FICO scores began to drop slightly across the board while closing rates remained high as homebuyers locked in rates to close their loans.”

Home loans for purchases also dipped slightly in January, down from 54 percent in December to 53 percent. Closing rates for all loans were also down 1 percent from December’s 73.2 percent. Refinance closing rates decreased 2 percent to 67.9 percent, while purchase closing rates remained mostly flat near 77 percent.

Originations remained flat across the board from December. The debt-to-income ratio for all closed loans was 25/39, and the loan-to-value ratio remained at 78.

One increase, though equally mild, was the average time it took to close all loans‒‒51 days in January, up from 50 days in December. The time to close a refinance increased to 53 days while, time to close a purchase held at 48 days. Ellie credited the holiday season with the blips.

According to Ellie Mae, the Origination Insight Report retrieves its application data from a robust sampling of approximately 75 percent of all mortgage applications that were initiated on the Encompass® all-in-one mortgage management solution. Ellie Mae believes the Origination Insight Report is a strong proxy of the underwriting standards employed by lenders across the country.