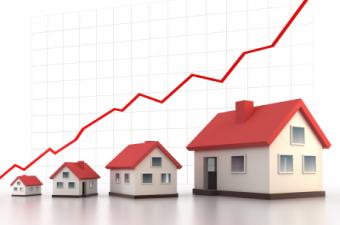 The consumer credit market showed an overall strong performance at the end of 2017, according to the Q4 Industry Insights Report published by TransUnion [1] on Tuesday. According to the report, increased access to loans and relatively low delinquency levels were the driving factors that helped the consumer credit industry post positive annual changes at the end of 2017.

“For the most part, consumers are paying their debts in a timely fashion, which has been especially evident for mortgages and personal loans,” said Matt Komos, VP of Research and Consulting at TransUnion. This is likely a result of the strong economy, which has helped consumers manage their personal balance sheets and build confidence.”

According to the report, TransUnion observed 20.3 million more accounts in 2017 across auto, credit card, mortgage, and unsecured personal loans. During the fourth quarter of 2017, the serious mortgage delinquency rate declined to 1.86 percent compared to 2.28 percent during the same period in 2016.

“Mortgage delinquency rates continue to decline, reaching their lowest levels since the recession,” said Joe Mellman, SVP and Mortgage Business Leader at TransUnion. “This largely reflects recession-era defaults having worked their way out of the system and recent originations being underwritten to a very high standard.”

“This quarter we see an interesting dynamic with seemingly contradictory data points in average mortgage debt per borrower increasing while average new account balances declined,” said Mellman. “There could be multiple factors contributing to this, including cash-out refis increasing average mortgage debt, the drop in refi share lowering average new account balances (since average refi size can be larger than average purchase size), and a change in the mix of purchase origination amounts towards lower balances.”

Looking at the market in 2018, Mellman told MReport that the market could see a rise in purchase volumes. “Purchase demand is very strong in the market and we are likely to see an increase in purchase volumes during the year,” he said. “However, the low-inventory in the housing market remains a cause for concern. As home prices rise due to the low inventory, some people are choosing to remodel their starter homes rather than purchasing larger ones.”