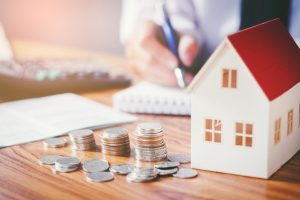 The Federal Reserve's (the Fed's) pause on rate hikes is likely to help the housing market as well as the broader economy according to Fannie Mae's February forecast update by its Economic and Research Group.

While the report maintained its previous projection for a 2.2 percent full-year growth in GDP in 2019, it said that the slowing global economic growth and trade uncertainty remained downside risks. However, the report indicated that the Fed's "patience" on raising rates "has led to easing financial conditions, while the expanding labor pool suggests minimal wage pressures, which together server as potential growth offsets to the opposite direction."

The Fed's current stand also supported the report's projection of a single mid-year hike in 2019.

Looking at the housing market, in particular, Fannie Mae projected the calls for total home sales to remain flat in 2019. The decline in sales that the market saw last year, the report said, was likely to be eased by decelerating house price appreciation as well as a slowdown in interest rate increases. However, the report indicated fewer mortgage originations in 2019.

"On housing, a reduction in our forecast of existing home sales has our team projecting fewer 2019 purchase mortgage originations," said Doug Duncan, Chief Economist at Fannie Mae. "However falling–or at least not rising–interest rates, strong employment, continued wage growth, and a deceleration in home price appreciation should support more favorable homebuying conditions heading into the spring, with improved affordability."

For the broader economy, Duncan said that while Fannie Mae's projections for the first quarter were reduced slightly the forecast for the full year's economic growth remained unchanged due to a strong labor market, modest rise in wages and the expectation of just one rate hike in the year. "Uncertainty regarding terms of trade remain a downside risk, as does slowing global economic growth," Duncan said.

Previous: What Is Driving the Increase in Refinances?
Next: How Blockchain Can Change the Title Industry