The Pending Home Sales Index rose for the fifth consecutive month for year-over-year analysis this January, gaining 1.7 percent, according to the National Association of Realtors [1]. Sales rose to the highest level in 18 months. NAR cites improved buyer demand at the beginning of 2015 that helped push pending home sales in January to their highest level since August 2013. 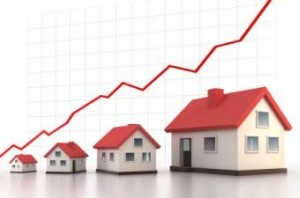 NAR Chief Economist Lawrence Yun said traditional buyers saw more favorable conditions entering the market this year, citing all-cash sales and sales to investors were both down from a year ago, which created less competition and relief for buyers who still face the challenge of seeing limited homes available for sale.

"All indications point to modest sales gains as we head into the spring buying season," Yun said. "However, the pace will greatly depend on how much upward pressure the impact of low inventory will have on home prices. Appreciation anywhere near double-digits isn't healthy or sustainable in the current economic environment."

Here is the breakdown of PSHI data by region:

Total existing-homes sales in 2015 are forecast to be around 5.26 million, an increase of 6.4 percent from 2014. The national median existing-home price for all of this year is expected to increase near 5 percent. In 2014, existing-home sales declined 2.9 percent and prices rose 5.7 percent.