Lower interest rates have a powerful impact on home price appreciation, according to a report released by John Burns Real Estate Consulting. Home prices have increased 29 percent faster than incomes in the past 15 years largely due to falling mortgage rates. 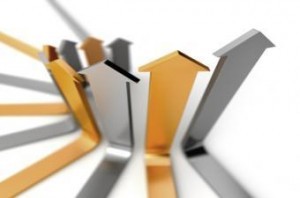 Each 1 percent drop in interest rates in the last 15 years has allowed home sellers to raise prices 12 percent.  According to the report, a typical family earning $60,000 per year can afford a mortgage payment of $1,800 per month, and would have qualified for a $245,000 mortgage in the year 2000 when mortgage rates were 8 percent. This same family qualifies for a home priced at $377,000 when rates are 4.0 percent.

“We learned last year that rates above 4.0 percent suppress some move up buyer activity, not because they can’t afford the new payment but because they have to give up their very low rate loan and get a more expensive loan.  It is too bad people can’t take their mortgage with them, like they do their credit card and other debt,” CEO of John Burns Consulting John Burns said. “ETrade tried this 'portable mortgage' product in 2003, with little success, because the interest rate is higher since the loan is less likely to payoff for a very long time.”

Burns said sellers have to realize one of the reasons why their home is worth more money is because of mortgage rates have been falling for the past 30 years. Rates have fallen 0.7 percent since last March, which has stimulating home prices by 9 percent.  He said this, “means that historical price appreciation is probably higher than future price appreciation.”