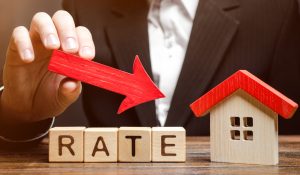 Mortgage rates dipped this week, as Freddie Mac’s latest Primary Mortgage Market Survey (PMMS) found the 30-year fixed-rate mortgage (FRM) dropping to 3.76% for the week ending March 3, 2022, down from last week when it averaged 3.89%. A year ago at this time, the 30-year FRM averaged 3.02%.

“Geopolitical tensions caused U.S. Treasury yields to recede this week, as investors moved to the safety of bonds, leading to a drop in mortgage rates,” said Sam Khater, Freddie Mac’s Chief Economist. “While inflationary pressures remain, the cascading impacts of the war in Ukraine have created market uncertainty. Consequently, rates are expected to stay low in the short-term but will likely increase in the coming months.”

As the conflict in the Ukraine moved onward, mortgage application volume slid week-over-week as well, as the Mortgage Bankers Association (MBA) Weekly Mortgage Applications Survey found overall application volume fell 0.7% for the week ending February 25, 2022. Despite rates tailing off slightly, refinance activity continues to dip, falling this week to a share of just 49.9% of total applications from 50.1% the previous week. 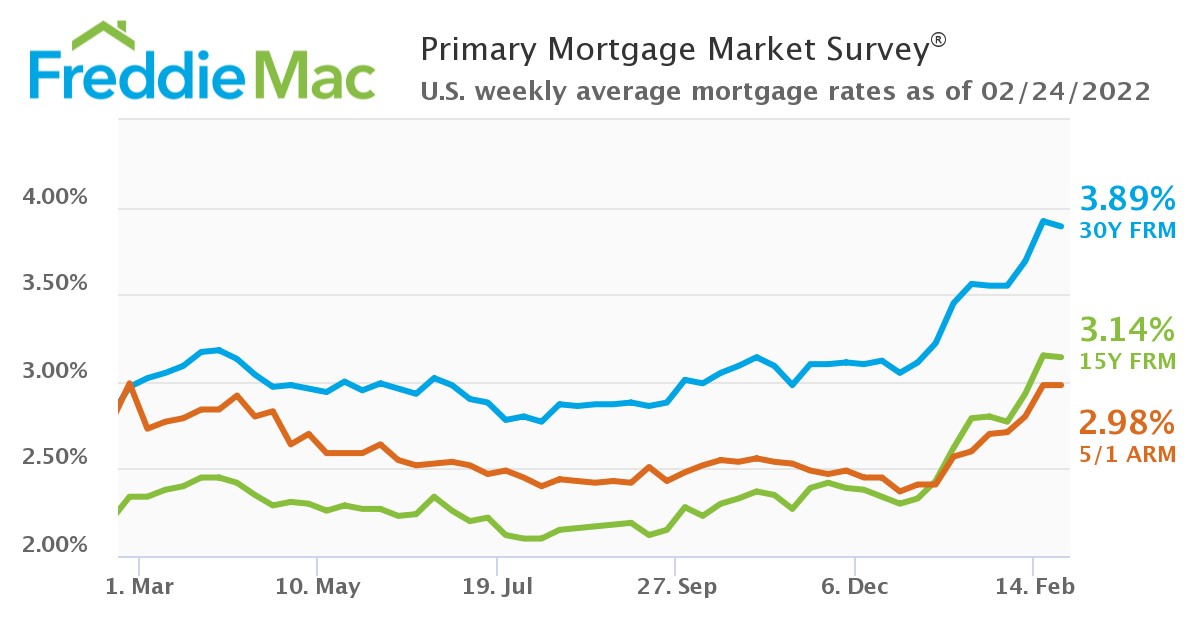 Realtor.com has reported the nation’s active listings declined 24.5% year-over-year in February, improving slightly over last month's annual gap (-28.4%). However, there were still 122,000 fewer available listings than during a typical day in February 2021, and inventory was down 62.6% from February 2020.

“Real estate markets are seeing an early start to the spring buying season, with unseasonably high demand running into a small number of homes for sale,” Realtor.com Manager of Economic Research George Ratiu. “This imbalance led to a typical home selling in just 47 days, and pushed listing prices to a new record high in February, as higher mortgage rates further squeezed buyers’ budgets. At today’s rate, the buyer of a median-priced home will pay over $300 per month more than a year ago on their mortgage payment. Surging prices and higher rates are creating challenges for first-time buyers looking for a home, causing them to make difficult choices in light of higher monthly costs for food, gasoline, clothing, cars and health care.”

One bright note was news from the U.S. Department of Labor (DOL) which found that, for the week ending February 26, the advance figure for seasonally adjusted initial unemployment claims was 215,000, a decrease of 18,000 from the previous week's revised level.