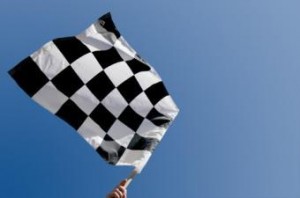 Overall market speed slowed once more in January in a sign that home shoppers are becoming more discriminating in their selections.

The median days on market for homes sold in 20 metros tracked by Redfin rose to 41 in January, the company reported—five days longer than in December.

“That uptick indicates that determined buyers are still keen to quickly make offers on the most coveted listings,” said Redfin researcher Troy Martin. “But potential homebuyers have grown pickier when it comes to listings that don’t meet as many of their expectations, or don’t meet them at the right price, leading to a slower market pace.”

Redfin agent Eric Tan elaborated: “In 2013, listings were flying off the shelves. We’d have 150 people show up, and get 20 to 30 offers after just one open house. This year, we’re still seeing a lot of people touring, but if the home isn’t priced right, it won’t sell quickly. But the market is still fast for homes that are listed at a price that buyers can stomach.”

The fastest market in January was San Jose, which also happened to be the only metro where the median days on market decreased from December (down two days to 16). The California city was also the fastest in terms of the share of listings under contract by the 14-day mark: 56.9 percent.

Despite the monthly acceleration, San Jose still made the list of western markets that saw sales speeds slow down compared to last year. Other locations, including San Diego, Los Angeles, Ventura, Riverside, Sacramento, and Phoenix, experienced slowdowns of eight days or more compared to January 2013.

As is often the case, markets that sat near the bottom last year saw the most significant annual gains—including Philadelphia and Boston, where the median days on market were down by five and nine, respectively.

Still, both cities remain the two slowest. Homes spent a median 77 days on market before going under contract in Philadelphia, while they were listed in Boston for 55 days.