More than 489,000 permanent home loan modifications were offered to homeowners last year, according to HOPE NOW’s 2014 loan modification data released today. HOPE NOW is a voluntary, private sector alliance of mortgage servicers, investors, mortgage insurers, and non-profit counselors. The data showed more than 1.88 million homeowners received loan modifications, short sales, deeds in lieu, or some other workout plan as a mortgage solution. Of the loan modifications in 2014, 352,000 were proprietary and 136, 898 were completed under the government's Home Affordable Modification Program. 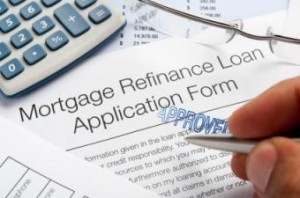 The mortgage industry has completed about 23.2 million non-foreclosure solutions for homebuyers since 2007. Mortgage servicers have completed more than 7.3 million total permanent loan modifications in that same time period. Approximately 5.9 million of those modifications were via proprietary programs and more than 1.4 million were completed under HAMP.

“Nearly half a million families were helped with loan modifications in 2014. This is a significant number and shows the strong commitment from HOPE NOW members,” Executive Director of HOPE NOW Eric Selk said. “The industry has a multitude of solutions at their disposal, both long term and short term, and mortgage services work hard to put homeowners in solutions that are sustainable and realistic.”