What the Mortgage Industry Needs to Know About Housing This Year

Between regulations, potential rate hikes, and the upcoming election, the mortgage industry will have plenty to focus on throughout the year. Dr. Umit Gurun, a Professor of Accounting and Finance at the Naveen Jindal School of Management at University of Texas at Dallas, provides MReport with insight on what the housing market picture may look like for the rest of the year.

MReport: What will be the biggest change in the mortgage industry in 2016? Anything to be wary of or look forward to?

Gurun: There will be three major events to watch for in 2016: 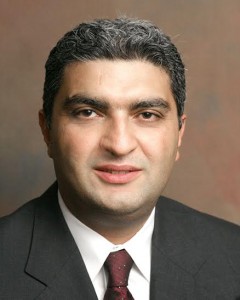 MReport: How will the upcoming election affect housing? If it will at all?

Gurun: Several academic studies point out that president’s economic and employment policies will be absolutely important for the health of the markets, including real estate markets. We know little about who will run for presidency and what economic policy proposals are going to be, so it is perhaps a bit early to speculate on what to expect if the election is won by Democrats or by Republicans.

MReport: How do you project the ongoing theme of low supply and high demand to play out in 2016? Any chance supply will make a comeback?

Gurun: The building permit statistics in January 2016 does not seem to suggest a big supply of housing is coming to makeup for the shortage, especially in affordable homes market. Thus, I would expect the prices of existing houses to increase based on the intensity of bidding wars. I am, however, optimistic about a comeback of supply. If the prices increase to a certain level, supply side can not pass the opportunity to make profits.

MReport: What is the most important aspect in the housing market that has your attention right now?

Gurun: Increasing rental rates and barriers that make millennials hold out of housing market. I am expecting banks to come up with special products that would be appealing to millennial’s preferences to increase their home ownership. The rush to build medium to high-end apartment projects in cities is also a big shift in real estate markets.

MReport: What will the homeownership picture look like in 2016? Can we expect to see some gains?

Gurun: The homeownership rate dropped from 69 percent to 64 percent since the peak of 2007. The current level is pretty much the same level U.S. had between 1960 to 1995. For U.S. residents 35 and under, the ownership is about 36 percent. Given the home ownership preferences of millennials and the stringent rules on obtaining mortgages, I do not expect the homeownership to increase in the near term.

MReport: The millennials are what people like to say are hesitant or unable to purchase homes. True or false? What’s you view on this? What’s really eating this generation?

Gurun: Good question. You are right, everyone has a pet theory on this issue. I think the main drag is definitely consumer debt and high rental rates. It is tough for millennials to save money for down payment if they are buried under student loans and if they are paying high rents now. If mortgage lenders create products that would suit for these first time home buyers, it will definitely be a game changer. Millennials are also more likely to move to city centers and demand different type of residential properties for their needs. In other words, a lot of parameters have changed since the parents of millennial were in housing market. Perhaps we should say this generation is just different from their parents.

Previous: Will a Lack of Wage Growth Hamper Affordability This Spring?
Next: FHFA Continues Outreach Efforts to HARP-Eligible Homeowners