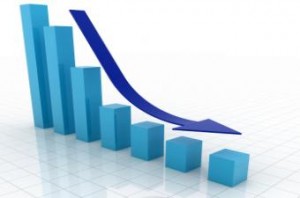 Credit Risk Down to Post-Crash Low

TransUnion released its Credit Risk Index (CRI) Wednesday, concluding that credit risk dropped at the end of 2013 to the lowest level since 2005.

The release noted, "The Credit Risk Index measures changes in consumer credit score distributions relative to the national distribution and delinquency rates as a whole at the end of 1998."

1998 was chosen as "a representative year of credit performance within the usual dynamic of the historical credit cycle," according to the report.

A value of more than 100 represents a higher level of risk, and TransUnion remarks that the CRI has generally ranged between 110 and 120 between 2001 and 2007 before climbing to elevated ranges from 120 and 130 during the most recent recession. The CRI peaked at the end of 2009 at 129.67, 15 percent higher than the current level.

"With auto loan and credit card delinquency levels hovering near all-time lows for the last two years, and with mortgage delinquencies seeing their biggest drop in 2013 since the housing bubble, a decline in go-forward consumer credit risk would be expected. However, it was a pleasant surprise to see the Credit Risk Index drop to levels not seen in nearly 10 years," said Ezra Becker, VP of research and consulting for TransUnion's financial services business unit.

"This improvement is driven by a myriad of factors, including consumers better maintaining their credit relationships and fewer subprime and near-prime consumers opening new credit accounts. With credit risk at such low levels, there is a possibility that consumers in higher risk segments may see more credit offers, as some lenders decide they have the room in their profit models to take on greater risk," Becker said.