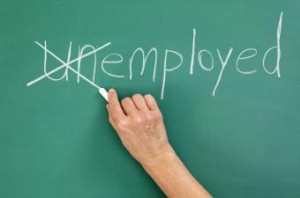 According to the Labor Department, the U.S. economy added 175,000 jobs in February, beating expectations after two weak months but still failing to impress. Economists surveyed by Bloomberg anticipated a consensus forecast of 150,000 new jobs.

The unemployment rate edged up to 6.7 percent from January’s five-year low of 6.6 percent.

Also putting a damper on February’s payroll gain was the number Americans unemployed for 27 weeks or more, which was up by 203,000 to 3.8 million, accounting for 37 percent of the unemployed population.

With its acknowledgement that severe weather may have impacted data for last month, the Labor Department added more fuel to the ongoing debate as to whether the country is in an actual slump or just feeling the effects of a harsh winter.

“Overall, if the economy managed to generate 175,000 new jobs in a month when the weather was so severe, once the weather returns to seasonal norms payrolls employment growth is likely to accelerate further,” he said.

Dales also said that the pickup in hiring “pretty much guarantees that the Fed will taper its asset purchases further at the mid-March meeting”—a topic that’s attracted much speculation since the recent slowdown started.

Kathy Bostjancic, director of macroeconomic analysis for the Conference Board, agreed that despite lukewarm reports to start the year, “many of the underlying fundamentals of the economy have continued to improve.”

“Catch up from weather-delayed plans could push job gains over 200,000 per month. And more jobs mean more paychecks, lifting consumer confidence and sending consumers out shopping once the weather improves,” she said. “In sum, we look for a spring thaw to warm up the economic readings, including most notably employment and housing indicators.”