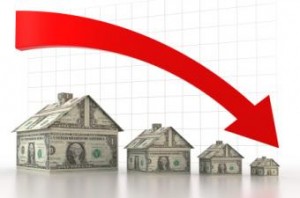 Home sales declined for the fourth consecutive month with sharp drops in West Coast markets, according to the latest Real-Time Price Tracker from Redfin, a national real estate brokerage. The brokerage reported a 10.3 percent decline in sales across the country year-over-year in February.

Only three of 19 markets tracked reported increases in sales over the year—Long Island (3.3 percent), Baltimore (1.9 percent), and Austin (1.9 percent).

“The combination of steep price appreciation and rising mortgage rates is likely coming as a shock to many prospective buyers,” Redfin stated in its survey.

With the spring selling season about to get underway, the company says March and April should offer insight into buyers’ willingness and ability to adapt to higher prices and mortgage rates—as well as sellers’ ability to price appropriately, a skill some are having to relearn to stay competitive.

“This time last year, sellers could name their price and still get 20 to 30 offers,” said Los Angeles-based Redfin agent Eric Tan. “This year, even homes that are priced competitively are only seeing two or three offers come in, often at or below list price.”

Home prices rose 13 percent over the year in February, with steep gains in the West Coast markets such as Las Vegas (25 percent); Sacramento (22.2 percent); and Riverside, California (21.7 percent).

East Coast markets demonstrated much tamer price gains, according to Redfin. For example, prices were up 2 percent in Long Island, 4.7 percent in Washington D.C., and 6.6 percent in Boston.

Housing inventory across Redfin’s 19 markets declined 5.6 percent over the year in February. However, in West Coast markets, where prices rose most, inventory also rose, according to Redfin.

Las Vegas, on the other hand, experienced a 35.3 percent decline in inventory.